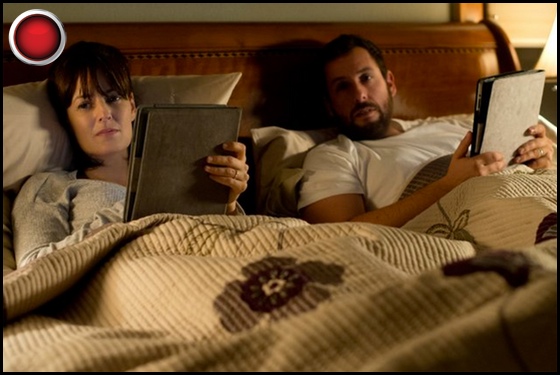 Jason Reitman is way too young to have produced a work of such fuddy-duddy handwringing over These Kids (And Adults) Today and how we play with our e-toys.
I’m “biast” (pro): nothing

There’s a point to this juxtaposition, but only director Jason Reitman knows what it is. (Presumably Chad Kultgen, author of the novel this is based on, knows, too, but there’s no evidence of that here.) Is it that the hyperadvanced and superwise aliens who may one day find Voyager will be disappointed if they could know (which they won’t be able to know) that all we ended up doing with our technology after we launched that probe is fart around on Facebook? Is it that we’re squandering our time on our little plot of beautiful habitable planet, unique in the all the universe for all we know, by looking down at our screens instead of up at nature? Who can say? But kids are spending too much time playing videogames and texting their friends, that’s for certain!

Reitman (Labor Day, Up in the Air) is, frankly, way too young to have produced a work of such fuddy-duddy handwringing over These Kids (And Adults) Today and how we play with our e-toys. The wonderful ensemble cast — Jennifer Garner (Alexander and the Terrible, Horrible, No Good, Very Bad Day, Dallas Buyers Club), Rosemarie DeWitt (Touchy Feely, Promised Land), Judy Greer (Dawn of the Planet of the Apes, Carrie), Dennis Haysbert (Sin City: A Dame to Kill For, Mr. Peabody & Sherman), J.K. Simmons (Labor Day, True Grit), to name but a few; even Sandler (Blended, Grown Ups 2) is fine here — struggles to bring some genuine human emotion to overwrought scenarios that explore banal realities of human nature that are not actually things new to the era of texting and cheating-on-your-spouse hookup Web sites (parents can have trouble letting their children grow up; constant contact does not equate to authentic communication; sometimes it’s easier to talk to strangers than the people who know us well) while ignoring all the good that the Internet has brought. Not one character here has an ultimately positive experience online or with a screen, which is a dismally unfair representation of our newly interconnected culture.

And we keep returning to Voyager and its look back, from the edge of our solar system, at the pale blue dot that is planet Earth; the metaphor remains both strained and mysterious, in spite of the efforts of the kindly omniscient narrator (the voice of Emma Thompson [The Love Punch, Saving Mr. Banks], who does not appear otherwise) to enlighten us. Surely the insanity of Texas high-school football, the tragedy of anorexia, the mindlessness of hanging out at the mall, and teenaged girls who post photos of themselves in their underwear — all included in the film’s handwringing — are also part of the astonishing multifarious miracle of human life on this mote of a pretty planet, no? 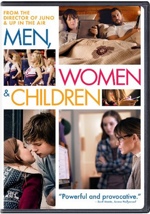 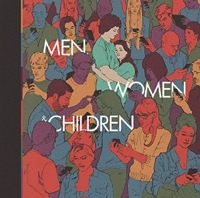 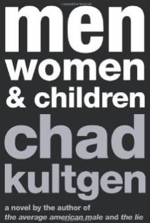 When you purchase or rent almost anything from Amazon US, Amazon Canada, Amazon UK, and Apple TV, Books, and Music (globally), you help support my work at Flick Filosopher. Please use my links when you’re shopping. Thank you!
Men, Women & Children (2014)