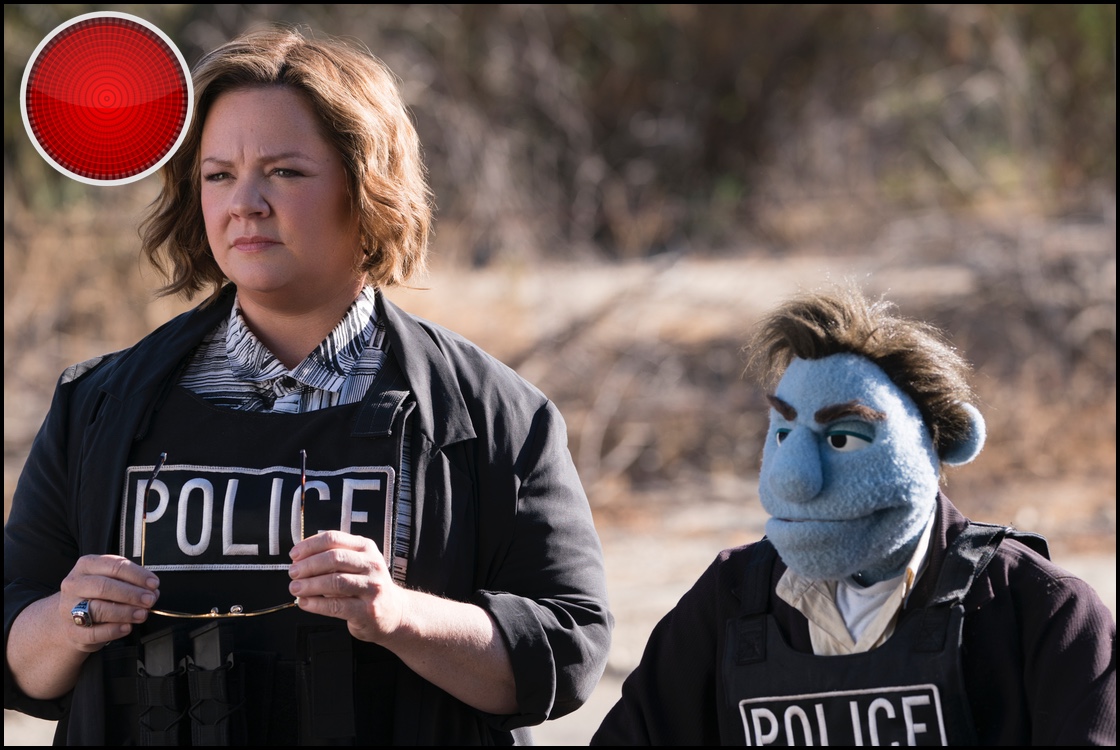 MaryAnn’s quick take…
Ugly, sordid, and proud of it, with less than no justification. “Meet the Feebles meets Who Framed Roger Rabbit” conveys a far greater sense of dignity, cohesion, and purpose than this witless movie deserves.

It’s not often that the worst movie of the year — so far, but this will be hard to beat — announces itself with such ugly, sordid panache, as if it were proud to claim the label. Maybe it is! Maybe director Brian Henson, who doesn’t appear to have a single directing credit that isn’t the result of nepotism, isn’t ashamed of himself, having ridden the coattails of his enormously talented father, the Muppets’ Jim Henson, straight into this disastrous fuck-you to his legacy. But he should be ashamed.

It’s not even that the Muppets — whom the younger Henson shepherded through The Muppet Christmas Carol and Muppet Treasure Island — are all about kindness, civility, and friendship in the glorious context of madcap nonsense, and The Happytime Murders… isn’t. There’s not automatically anything wrong or insulting to the Muppets’ memory in the telling a story about humans and puppets coexisting — as they also do, recall, throughout the Muppets universe — in a grittier, crueler, “realer” world. But make it mean something, for the love of Gonzo. Make it feel like it expands upon and deepens the puppets+people universe, instead of just pissing on it because you can.

In the fantasy Los Angeles of Happytime, puppets are real, and the onetime puppet cast members of 1990s TV show The Happytime Gang are being murdered in gruesome ways, possibly connected to a new syndication deal for the old program. Human cop Detective Connie Edwards (Melissa McCarthy: Life of the Party, The Boss) reluctantly teams up with her former partner turned PI Phil Philips (the voice of Bill Barretta [Muppets Most Wanted, The Muppets] paired with a practical puppet) to solve the case; he was once the LAPD’s first “felt” cop, but he was forced off the job after he was accused of deliberately missing when taking a shot at a puppet suspect. You know how “those people” are, always looking out for each other at the expense of decent citizens. (We shall return to this theme.)

Comparisons have been offered between Happytime and 1989’s Meet the Feebles, from a pre–Lord of the Rings Peter Jackson, a justifiable flop at the time though it now enjoys cult status, merely because Feebles also features puppets behaving very badly, in very vulgar ways. But Happytime is much more reasonably likened to one of the best and most popular films of the previous year: Who Framed Roger Rabbit… and the lazy, shoddy Happytime, which echoes it in ways that almost border on the actionable, is less than a pile of puppet fluff next to it.

The noirish vibe is tedious and sexist: Phil has a new femme-fatale puppet client (the voice of Dorien Davies), and a ridiculously devoted human secretary (Maya Rudolph: The Angry Birds Movie, Sisters), who is of course secretly madly in love with washed-up alcoholic Phil. The absolute mess of a mystery is banal, with the ultimate culprit behaving in a way that makes no sense at all. The dialogue is along the lines of “I was a cop — and a damn good one” yet with no inkling from screenwriters Todd Berge and Dee Austin Robertson that they even imagine they are sending up old noir films. They’re just parroting them and thinking that’s funny or even mildly interesting merely because it’s puppets enacting it. They’re wrong.

So far, so small, so unoriginal, and so risible. But this is also a hugely offensive movie. And not because puppets are having sex or snorting sugar — it’s like cocaine to felt — or making pornos for humans (and puppets) who like that sort of thing. Crude barely begins to cover the atmosphere of Happytime, but please: a puppet jizzing all over the walls and ceiling is precisely the sort of oh-so predictable manchild grossout crap that would be surprising only if it weren’t present. (Male filmmakers: Really? Are you genuinely this proud of your bodily fluids? Grow up.) There’s also the monotonous misogyny of getting Elizabeth Banks (Pitch Perfect 3, The Hunger Games: Mockingjay – Part 2) — as the only human cast member of Gang — into stripper gear for the inevitable scene set in a strip club, and the running “humorous” motif in which McCarthy is constantly being mistaken for a man. (Male filmmakers: You have made yourselves abundantly clear through thousands of movies. Women can either be too sexy, or not sexy enough. Message long since received.) The insult of these things is merely the air we breath at the movies all the damn time.

No, where The Happytime Murders is offensive is where it thinks it’s a parable about racism, when in fact it is itself racist as fuck. Puppets in this universe are the objects of much derision and bigotry: good enough to entertain humans, but sneered at, even beaten up with impugnity by human children in the streets. But if we’re meant to feel sorry for puppets and bad about their treatment at the hands of humans, maybe even pause for reflection on how this dynamic might translate into our real world, they why the hell is there not a single puppet character here who isn’t a nasty, useless walking personal disaster? Why are there no sweet puppets or funny puppets or nice puppets? Why is the murder of puppets treated by the movie as a source of amusement? In one scene, a puppet is ripped apart by dogs, who see the puppet as a chew toy to be devoured… and it’s played for laughs. Does Brian Henson not know that people — actual human beings — have had dogs set upon them by other people who disapproved of the color of their skin, or their religion, in order to hurt and kill them? The absolute, mind-boggling tone-deafness of this movie about the very thing it thinks it is about is astonishing, and horrific. It’s the furthest thing from funny imaginable. 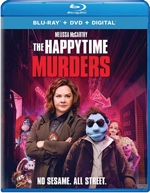 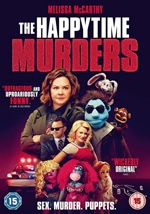 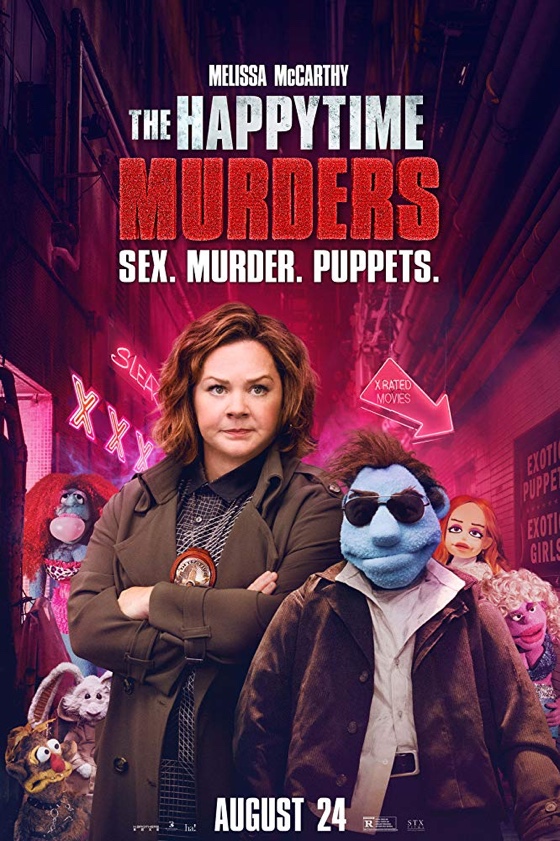