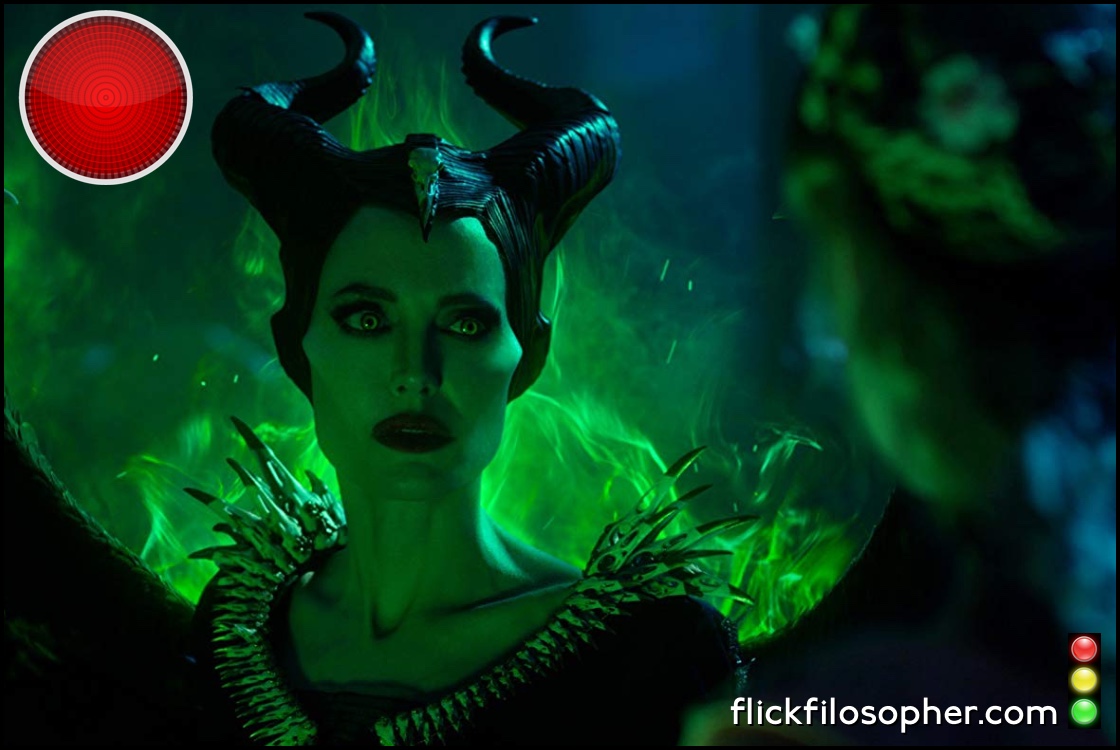 MaryAnn’s quick take…
An apparently unfairly maligned “wicked witch” has to be redeemed again. Anyway, bitches be evil, crazy and traumatized, or sweet dumb personality-free near-morons. You know, for kids!
I’m “biast” (pro): nothing
I’m “biast” (con): hated the first movie
(what is this about? see my critic’s minifesto)
women’s participation in this film

It’s been five years since Disney’s revisionist Maleficent set the story straight on the (we’re told) unfairly maligned “wicked witch” of the Sleeping Beauty legend… which, of course, *checks notes* Disney itself helped to perpetuate, the monsters. Now, life is fine and grand for the self-proclaimed Queen of the Moors, home of the fairies, and today Maleficent, Mistress of Evil–

Wait. What? Wasn’t Maleficent redeemed in Maleficent? Weren’t we assured that the “Dark Fey” sorceress was, in fact, a good person? *checks notes again because WTF* Yes; yes, we were. So how is that Disney is now doubling down on her terribleness, what with all this Mistress of Evil nonsense for the sequel?

I mean, yeah, I guess it’s pretty much necessary for Disney to revoke Maleficent’s redemption if a sequel was going to work… and in Halloween season, at that! Not that Mistress of Evil does. Work, that is. Mistress goes out of its way to contrive a mechanism by which Maleficent is subjected to a sort of backslide in standing among the humans who hate fairykind or whatever the hell metaphor for bigotry this heavyhanded and yet also unsurprisingly unconvincingly movie is trying to sell us. There is definitely room for a fairy-tale exploration of how unfair the world is to women, how women’s reputations are weaponized against us… but it ain’t this mess.

This time around, Maleficent’s (Angelina Jolie: Kung Fu Panda 2, The Tourist) “goddaughter” Aurora (Elle Fanning: The Beguiled, Live by Night) — the human girl she once condemned to sleep until “true love’s kiss” awoke her, as a punishment of her father, which makes no sense unless you buy into the fuck-this-shit patriarchal notion that women should rightfully compete against one another instead of turning on the men who wronged them, and sure, that is indeed some kind of evil brilliance, not that these movies recognize that…

May I recommend the Amazon Prime series Carnival Row, which appears to be a vicious shiv of a subtweet of these movies?

Anyway, Aurora, who is now Queen of the Moors even though she is human and not fey, is going to marry Prince Phillip (Harris Dickinson: The Darkest Minds), as bland a white-boy human as they come, and this is going to unite the fairy and the human kingdoms. Even though Aurora is not fey. (What kind of human-savior nonsense is this?) Even though the first movie five years ago ended by insisting that that union had just been achieved. *argh*

Maleficent doesn’t like this plan, and neither does Phillip’s mother, Queen Ingrith (Michelle Pfeiffer: Avengers: Endgame, Murder on the Orient Express), about whom it is no spoiler to say has clearly nefarious motives for, apparently, everything from getting up in the morning and beyond. Bitches be evil (Ingrith), crazy and traumatized (Maleficent), or sweet dumb personality-free near-morons (that would be Aurora, no shade on Fanning, whose usual delightfulness is ill-used by this movie). And yet Mistress is, I’m certain, going to be embraced as somehow feminist and empowering and positive, when it is just some more shit that needs to be fucked.

FYI: We still don’t understand what the supposed beef between the human and fey societies is. (May I recommend the Amazon Prime series Carnival Row, which appears to be a vicious shiv of a subtweet of these movies?)

Norwegian director Joachim Rønning’s last feature (and only previous work for Big Hollywood) was 2017’s appalling and listless Pirates of the Caribbean: Dead Men Tell No Tales, and this movie suffers from many of the same problems as that one. Most notably, it is overstuffed with the supernatural in the same way that George Lucas’s sequel-trilogy Star Wars films were jammed with CGI “sci fi,” too many spaceships and aliens and space vistas and the like to even take in; damn you, Lucas. Yet it is shockingly lacking in any sense of fantasy or wonder; the cram-packed fairy creatures and fey “magic” are more thoughtless set dressing than anything else.

Secondly, it is “driven” — I use the term loosely — by lackluster characters about whom it is a chore to work up any empathy toward. Aurora and Phillip, to be sure, are among the most insipid lovebirds ever; they barely seem sentient and conscious, never mind evincing any of this “true love” thing we are promised they are experiencing. (They keep using that term. I don’t think it means what they think it means.) I’m not sure if Mistress even knows who its protagonist is; it seems to lack one, in fact. Neither Maleficent nor Aurora — the other likely suspect as the story’s central character — do much to drive the tale: they react more than anything else, remain sidelined while events occur around them, almost in spite of them, not because of them. Neither of them drives the plot; they merely respond to it.

There are… other things happening in Mistress of Evil that we critics have been asked not to spoil (even though they’re in the trailer!), as if there’s anything unexpected about them, as if there’s anything provocative or even mildly interesting about them. Suffice to say that this is a movie that relies on massive infodumps — “characters” about whom we learn nothing walking around dramatically intoning speeches about The Way Things Are and Secret Histories and the like — as if this is in any way compelling or gripping. Even moreso than the five-years-ago Maleficent, this is a movie that attempts to shoehorn in a multi-season TV series’ worth of story and character and thinks we’ll be satisfied with that rather than frustrated by the lack of drama or story.

On top of all that, as Maleficent reaches its screeching, empty crescendo, it takes a horrific emotional 180, and expects us to accept that all of its people can instantly forget the horrors they’ve just witnessed — magical warfare! many people dead presumably! urban destruction with visuals echoing 9/11 for fuck’s sake! — in order to celebrate Aurora and Phillip’s fairy-tale Disney wedding. In a smarter, more self-aware movie, this would serve as a shocking refutation of the Disney ethos. Instead, we are meant to join in the brain-dead, no-context happy fun times. It’s revolting. 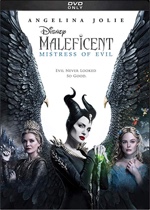 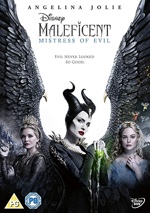