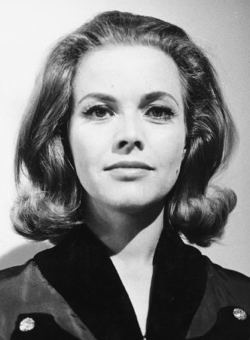 Alasdair Stuart at SciFind.com has created a marvelous alternate history of Doctor Who in which all the Doctors have been played by women. A few delicious excerpts:

Fresh off her success with the Avengers, Blackman took the show in a very different, far more physical direction than Jacques. Her Doctor was an action heroine, the stories filled with car chases, explosions and fist fights. Many fans welcomed this with open arms, whilst many more felt the show had become The Avengers with occasional aliens. Despite this, her run was extremely successful and is notable for a series of appearances by Vanessa Redgrave as the Mistress.

The 9th Doctor had everything to prove and the first trailers for the show demonstrated the exact level of bravado needed. Footage of Jones, in jeans, a black t-shirt and a leather jacket, sprinting away from an explosion were intercut with a monologue in the TARDIS control room where she not only trailed the show but made it clear just how dangerous things would be. Despite being around for just one season, Jones’ take on the Doctor is regarded by many new fans as the definitive one; her combination of Northern flamboyance and desperate, desperate need to atone for the sins of the Time War make it an electrifying season, with her chemistry with Rose and Captain Jack pushing these 13 episodes into contention for one of the greatest seasons in the show’s history.

Go read the whole thing — it’s brilliant. And then come back here and discuss: Do you agree with Stuart’s choices? What other actresses else would have made great alternate Doctors?

Thanks to Karl for the heads-up.

(If you stumble across a cool Doctor Who thing, feel free to email me with a link.)