This weekend’s question comes via reader danielm80, who wants to know:

What movie would you delete the dialogue from so you could just enjoy the visuals and music?

This might be a movie you love and want to experience on a different level. Or it might be one that would only be improved if you could delete the dialogue.

My choice is one of the latter: Blade Runner 2049. As I said in my review, the film is “immersively hellish” and “looks fantastic; legendary cinematographer Roger Deakins confirms his legend once more.” And the score, by Hans Zimmer and Benjamin Wallfisch, captures the dreamy feel of Vangelis’s music for Ridley Scott’s 1982 Blade Runner. But the story wants to have a science-fictional conversation that completely ignores the lively one that has been going on, both onscreen and in the literature, in the interim since the first movie. If we could get rid of the tedious irrelevancy of that, 2049 would be a far more intriguing film.

(I’m reviving my “questions” posts — just on a weekend basis — as an experiment, to see if there’s any interest in them. I’m also posting these as free posts at Substack or Patreon. You don’t need to be a paying subscriber at either service if you’d prefer to comment at either of them, but you will need to register with either site to comment.)

Having just watched Close Encounters for the podcast, I think it might benefit: lovely effects sequences, both micro and macro, beautiful shot composition, but my goodness the dialogue.

My first, instinctive choice was Where the Wild Things Are, and while I can think of other movies that would also qualify, none of them fit the question quite as perfectly.

The score and sound effects in Nolan’s films are so loud they drown out the dialogue anyway. :-)

I mistook the image you used in this post for this one: 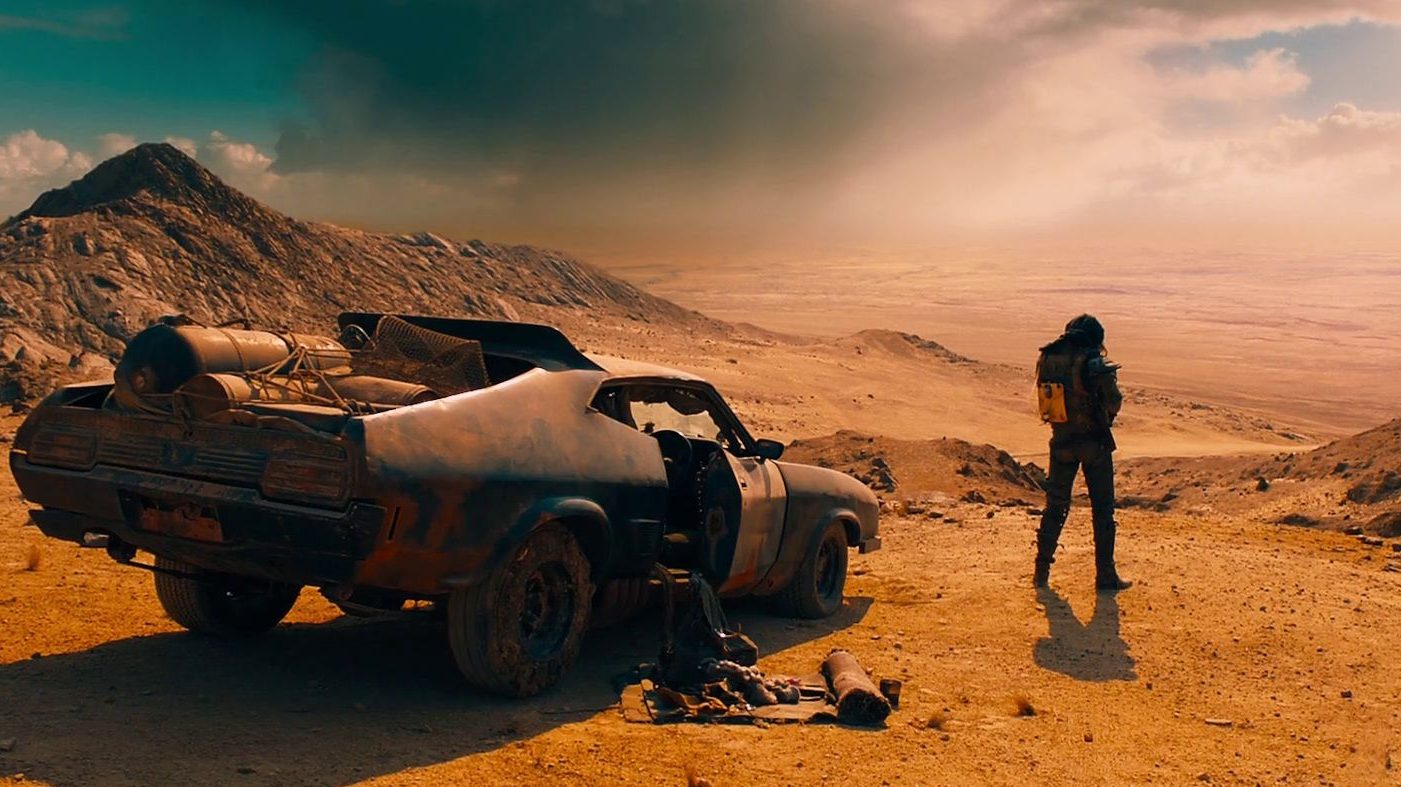 And that would be one of my answers. Mad Max: Fury Road is a perfect movie and has minimal dialogue anyway, but I’d love to experience it sans dialogue just to enjoy the visuals and music. (Apparently, at one point, there was a black-and-white fan edit that let you do just that.)

I don’t want to link to the buying sites I’ve found because they seem to all be Amazon and WalMart (!?) and I don’t like promoting either. But, there’s more than just a fan edit out there.

Sure. I think the fan edit was the one that specifically cut out the dialogue, though.

Have you seen the Black and Chrome? I should seek that out.

Ah, sorry. I misread your comment. You’re right, the dialogue (such as there was) was still in the Black and Chrome. Yes, I’ve seen it. It was good. Worked very well.

Every film that Luc Besson and Darren Aronofsky have directed except The Professional and The Wrestler. Both amazing directors with hammy, outdated inclinations and tin ears for dialogue.

If I had to choose specific films of theirs, The Fifth Element (assuming I get to count Chris Tucker’s lines as “music”) and The Black Swan.

Honorable mentions for Tarsem Singh’s The Fall and Pan’s Labyrinth. The writing and acting aren’t poor in these, but the images are strong enough to carry the films and it would be fun to piece together the plots from the visuals alone.

This question makes me think of that hilarious sequence from Singin’ in the Rain where they’re trying to adapt to the new sound technology (“no! no! no!” “yes! yes! yes!”) – I’m sure they’d love it if they could just do another silent film lol

– Tod Browning comes to mind – Freaks has long, dull stretches of flat dialogue; it has cult status, but it could have been a true silent classic – I feel the same way about Dracula – except for the hypnotic way Lugosi delivers his lines

I’ve decided that I want the production team from Alita: Battle Angel to design Ready Player One, and I want to watch that movie with the volume off.