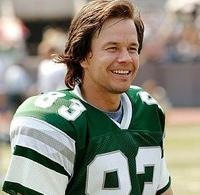 I confess that I am intrigued for the first time by a Transformers film by the news that Mark Wahlberg will star in No. 4, coming in 2014. From BBC News:

Actor Mark Wahlberg will replace Shia LaBeouf as the star of the fourth film in the Transformers robot franchise.

Director Michael Bay said “an actor of his calibre is the perfect guy to re-invigorate the franchise and carry on the Transformers’ legacy”.

Bay has previously said the next film will take a new direction, and he has been working on “a whole new re-imagining of Transformers” with the help of producer Steven Spielberg.

(An assist from Spielberg can only be a good thing, too.)

I’m a huge fan of Wahlberg, partly because he seems to have a sense of humor about himself and his work. That can only bode well for a franchise that has been taking itself so ridiculously seriously.

But if Wahlberg can come in outta nowhere and make us think anew about a franchise that seemed set in its ways, surely this could work for other film series, too.

If Mark Wahlberg can transform Transformers, what other actors could spice up other franchises?

Should we get Judi Dench into a Fast & Furious movie? Ian McKellen into Alvin & the Chipmunks? Marion Cotillard into a Hangover flick? How about a new Rush Hour movie starring Will Smith and Doona Bae?

(If you have a suggestion for a QOTD, feel free to email me. Responses to this QOTD sent by email will be ignored; please post your responses here.)

available from all fine ebook sellers