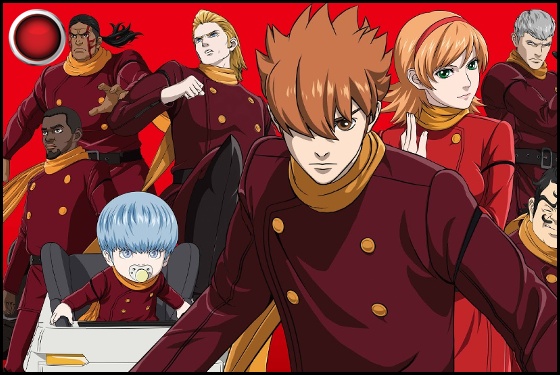 I keep giving anime a chance to impress me, and it keeps failing to reciprocate with anything approachable. I figured if a flick is getting a release, even a tiny one, in the West, someone somewhere must think it’s got some appeal for non-Japanese audiences, but 009 Re: Cyborg is a whole lotta WTF folded into a derivative, misogynist, and just plain incoherent mess. Are there different narrative rules for anime, like the plots don’t actually have to make any sense? Someone tell me now so I can give up trying to understand the genre.

The superfriends gang here is kinda like X-Men meets The Avengers, except this multiracial superpowered team are all cyborgs, apparently: “cyborgs” is just thrown out to inspire geek awe without any explanation of what it means, and none of their superpowers appear to align with what we generally think part-human, part-robot beings might be able to do; the term is nothing more than technobabble. They’re called into action as skyscrapers are tipping over into one another in cities around the world, because Terrorists, and maybe it’s some sort of nefarious plot by the Americans? (The universal mistrust and suspicion of the U.S., which is not the great savior of the planet here, is the only potentially interesting thing about the story, but a slip of attitude alone is barely the beginnings of anything intriguing, and is never pursued.) Maybe some of the bad guys are hearing “His Voice,” and maybe some of the good guys are, too. Maybe some people obey “His Voice,” and maybe some people don’t. Maybe it’s good when some people resist “His Voice,” and maybe it’s good when some people obey. I have no idea what the hell “His Voice” is saying, and no idea who He is, and neither does the movie, either. It’s just another thing tossed in because it’s allegedly creepy or cool or mysterious. Like how there’s an ethereal ghostly blond girl wandering through the movie for reasons unknown. Or how the cyborg’s leader is like what would happen if you threw Professor Xavier and Davros and a Child of the Damned into a genetic blender. Or how someone can shout, halfway through the film, “Doctor! Send me there via teleportation!” and you just have to throw up your hands and cry, “What?! They’ve got teleportation all of a sudden?!”

Did I mention it’s in 3D? That’s so you can fully appreciate the many shots up a lady cyborg’s ass, cuz her skirt is too short so whaddaya gonna do? It’s not like anyone deliberately drew her in a state of near undress for her streetwear, or placed the virtual camera up in her crotch. These things just happen.

Comprehensibility must have gotten accidentally thrown out with that poor woman’s clothing. 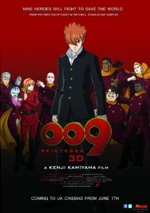 When you purchase or rent almost anything from Amazon US, Amazon Canada, Amazon UK, and Apple TV, Books, and Music (globally), you help support my work at Flick Filosopher. Please use my links when you’re shopping. Thank you!
009 Re: Cyborg (2013)