MaryAnn’s quick take…
This strained comedy might have been progressive in the 1960s, but today it reeks of an infantilization of women that warrants squashing, not celebrating.

I’m “biast” (pro): I’m desperate for stories about women
I’m “biast” (con): nothing
(what is this about? see my critic’s minifesto)

It’s Bridesmaids lite — very, very lite — in the tedious and dated The Wedding Invitation, in which three Los Angeles friends scramble for last-minute dates to the nuptials of a former high-school classmate. The strained comedy here might be progressive and feminist if we were still living in the 1960s, but today it reeks of an infantilization of women that warrants squashing,

It is disappointing to see a movie written and directed by a woman that casts female passive-aggressive idiocy as charmingly kooky.

Lucy (Rainy Kerwin) is so excited to have been invited to the “wedding of the year” that she instantly agrees that she and her pals Ryann (Camille Guaty: The Exorcist) and Nectar (Christina Ulloa) will bring dates along to fill seats going empty at the last minute, because it is, apparently, shameful not to be attached to a man, and also because Lucy wants to impress the bride, whom she has neither seen nor had any contact with since graduation, as far as we can tell. (For three women seemingly in their 30s to still be idolizing a popular girl from high school is absolutely pathetic.) Because of shenanigans, the women have only a week — rather than the many months in advance a wedding invite typically arrives — to secure dates, a chore made much more difficult by dint of their outmoded attitudes: “She hit on him!” one exclaims as she relates the tale of how another couple met. “No!” the others cry. (Deeming their quest one of finding “dream dates” really does make it sound like they’re playing a 1960s board game.)

It is a particular befuddlement that we’re meant to see Lucy as a stand-in for an ordinary modern woman: she adopts facile self-help aphorisms as religion, but is okay with being fired by her boyfriend-boss after he breaks up with her. (Honey, that is grounds for a lawsuit, not for a romantic comedy.) It is disappointing to see a movie written and directed by a woman — in this case, Kerwin — that casts passive-aggressive behavior and plain idiocy in a woman as charmingly kooky. It’s even more disappointing to read about Kerwin’s experience shooting the film with an all-female crew, in which she complains — and rightly so — about all the condescension and sexism she faced during the production, and then to see her deploy in her film itself the same negative stereotypes about women she had to fight. No one should be able to point to Kerwin’s own movie to support such antiquated clichés. 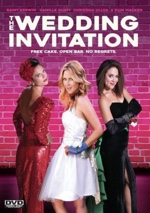 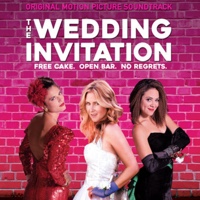