Get new Weekend Watchlists in your email in-box or in an app as soon as they’re published by becoming a paid Substack subscriber or Patreon patron.

Don’t spend hours scrolling the menus at Netflix, Amazon Prime, and other movie services. I point you to the best new films and hidden gems to stream.

Movies included here may be available on services other than those mentioned, and in other regions, too. JustWatch and Reelgood are great for finding which films are on what streamers; you can customize each site so that it shows you only those services you have access to.

When you rent or purchase a film through the Amazon and Apple links here, I get a small affiliate fee that helps support my work. Please use them if you can! (Affiliate fees do not increase your cost.)

both sides of the pond

Whether any of us have actually gotten used to the idea of paying $20/£16 (or more) to stream a hot new movie at home is debatable. But it’s an easy call, and a real bargain, if the hot new movie is one the entire family can enjoy. Like this one. Pop some proper homemade popcorn (with real butter!), and gather everyone round the flatscreen for the absolute hoot that is DreamWorks Animation’s latest lark, The Bad Guys.

Based on the bestselling book series (ask the kids about it), this is tale of a notorious gang of criminal animals who make a public pledge to turn good. It’s all a ploy, cover for their biggest job ever… or is it? Sam Rockwell brings a breezy swagger to the voice of Wolf, head of the gang, and the whole shebang is a snappy, snarky, and never-ever sentimental concoction of cartoon chaos and hip heist flick. The animation style is fresh, too, not like anything we’ve seen before onscreen. (Read my review.)

US: available for rent or purchase on Amazon Prime and Apple TV

UK: also available for rent only on Amazon Prime and Apple TV

Almost exactly a year ago, A Quiet Place: Part II was the first film I saw on a big screen after more than a year of pandemic lockdown and precaution. It was wonderful to be back in a cinema… and it was shocking how the continuing travails of the Abbott family suddenly resonated so much more. The stakes for their world may be somewhat higher — they are trying to survive an apocalyptic invasion of vicious creatures who hunt by sound — but what they’re going through doesn’t feel quite as remote or unlikely as perhaps it once did. Anyway, this marvel of a sequel smartly avoids any attempt to recapture the original, and instead expands its world in every way possible. This is brisk, crisp, efficient storytelling, full of masterful sequences of suspense. I’m looking forward to revisiting it on the small screen. (Read my review.)

If you’ve seen Doctor Strange in the Multiverse of Madness and the few moments of true gonzo that director Sam Raimi managed to squeeze in had you wishing for more, check out the director’s 2009 horror black comedy Drag Me to Hell. With this tale of a bank manager (a terrific Alison Lohman) fighting off a hellish curse, Raimi began to explore some themes that shudder through his Doctor Strange, too, such as the greediness that comes with power. But he also asks a question that, in my admittedly limited experience of the horror genre, I don’t think I’ve come across before: does his protagonist actually deserve to be dragged to hell? (Read my review.)

streaming on Hulu; also available for rent or purchase on Amazon Prime and Apple TV 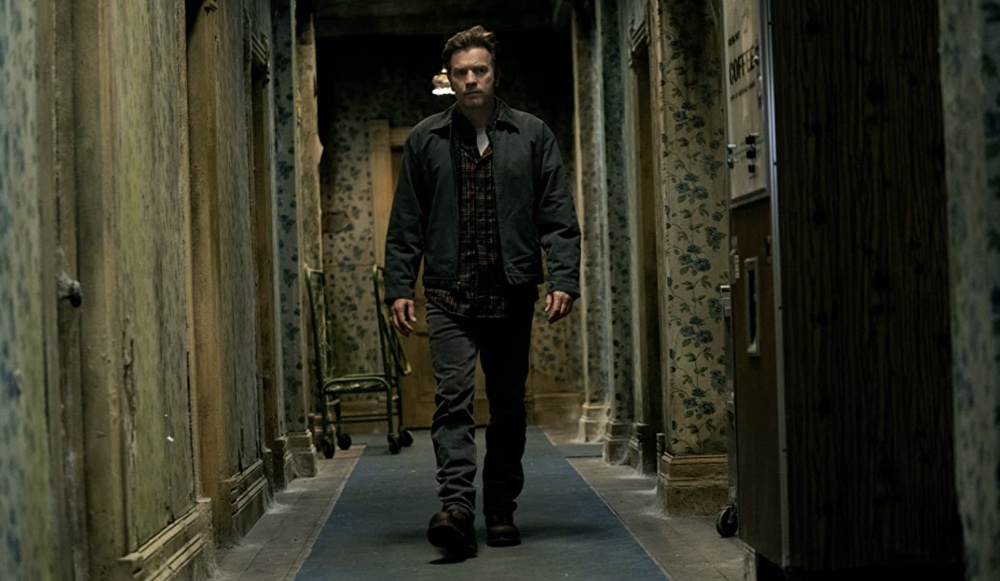 I have been underwhelmed by recent big-screen adaptations of the works of novelist Stephen King, but Doctor Sleep is something special. This is the tale of Danny Torrance (the little boy from The Shining) not coping at all well as an adult with the legacy of what happened in that remote, snowed-in hotel in the Colorado Rockies when he was small. Ewan McGregor brings a tender silkiness to Danny’s distress, makes it so plausible even as the cause of it is entirely fantastical. This is a horror movie for those who don’t typically enjoy the genre: it’s beautiful and unexpectedly delicate, and it feels grownup in a way that too few movies bother with nowadays. (Read my review.)

streaming on Netflix; also available for rent or purchase on Amazon Prime and Apple TV

As the world watches in horror the ongoing Russian campaign of decimation and destruction in Ukraine, too many have looked away from Syria, where Vladimir Putin’s troops are supporting president Bashar al-Assad’s assault on his own people. Documentary The Cave, from 2019, is a searing reminder. Filmmaker Feras Fayyad is a fly on the bombstruck, crumbling wall as Dr Amani Ballour and her colleagues struggle to do their work amidst regular bombing. This is a remarkable tribute to human perseverance, and a striking rebuke to the rest of the world for allowing the atrocities in Syria to happen, and to happen right before our eyes. (Read my review.)

available for rent on Amazon Prime; also streaming on Disney+