Martin Vanderhof (Lionel Barrymore) — aka Grandpa — reigns over a delightful madhouse full of his wife, children and grandchildren and their spouses, and folks who came for a visit and never left. All are artists, writers, and inventors, and none of them have let a lack of talent interfere with having a good time. That’s fine with Grandpa: He opted out of the rat race years ago because it was no fun. Today, he “doesn’t believe in income tax” and allows fireworks experiments to go on the basement.

You Can’t Take It with You, an adaptation of the play by George S. Kaufman and Moss Hart, is Frank Capra’s loving and wacky paean to nonconformity. The comedy is over the top but the moral of the story is a serious one: Find in yourself the courage to do with your life what you really want to do.

Into the circus atmosphere of the Vanderhof household comes Tony Kirby (James Stewart), wooing Grandpa’s granddaughter Alice Sycamore (Jean Arthur). Tony is a bit dismayed by this family of bohemians in which “everybody does just as he pleases,” though he later admits that he gave up his dream for “reality” when he was pressured into joining the family banking business, and he comes to realize that most people are “afraid to live” their dreams. When the romance draws Tony’s parents in meet their son’s intended, the stuffed-shirt Kirby Sr. (Edward Arnold) and the snobby Mrs. Kirby (Mary Forbes) inevitably get a dressing down that’s as humorous as it is well deserved.

Grandpa’s is exactly the kind of house I’d like to live in, one full of independent-minded people following their bliss. To this day, there’s rarely been a more joyful celebration of the unconventional than You Can’t Take It with You.

Oscars Outstanding Production 1938
unforgettable movie moment:
A night court session that’s filled with Grandpa’s friends, who all chip in their pennies and nickels to pay the $100 disturbing-the-peace fine he’s slapped with. 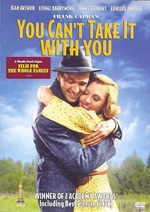 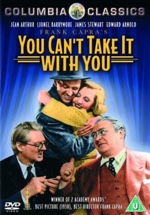 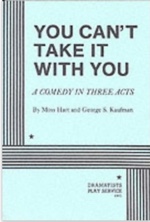 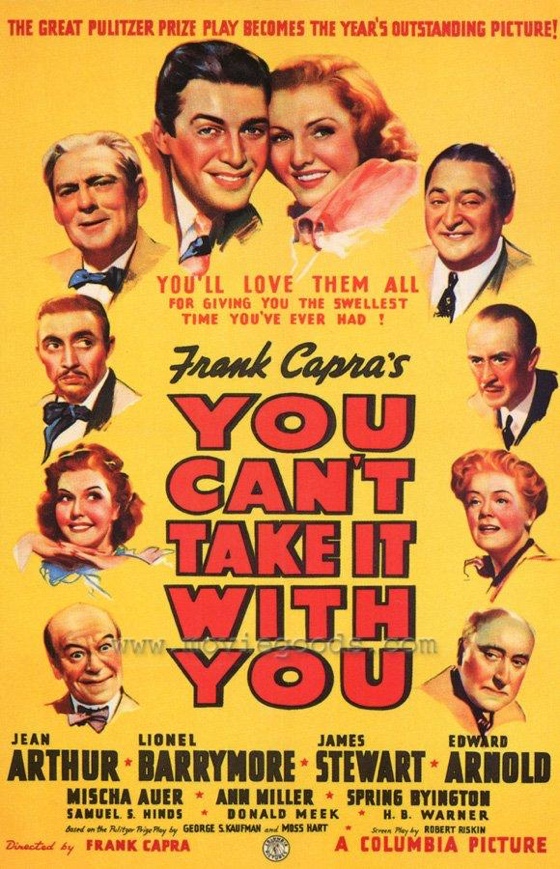 MPAA: not rated
BBFC: rated U