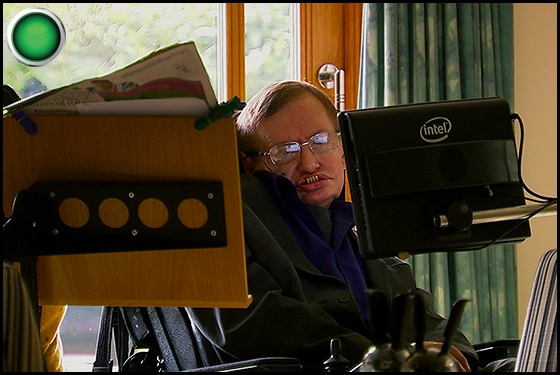 An engaging documentary about the world-famous physicist that emphasizes the challenges of his personal life and the resilience of his humor and spirit.
I’m “biast” (pro): am totally fascinated by Stephen Hawking

In a world where intellectual pursuits are hardly celebrated and scientists aren’t exactly rock stars, theoretical physicist Stephen Hawking is, well, a rock star. An icon, even, not only for his work but for his resilience in the face of the debilitating motor neuron disease that has seen him confined to a wheelchair and unable to speak (or do much else for himself except think) for most of his adult life. Filmmaker Stephen Finnigan did a remarkable thing for this “personal journey through [Hawking’s] life told in [his] own words”: he placed a camera over Hawking’s shoulder facing out, and another beside the computer monitor in front of Hawking’s chair facing in, giving us an unprecedented Hawking’s-eye perspective on his world. The result is a wonderfully intimate portrait of the man, from his eccentric, freespirited, book-filled family life growing up to a recent visit to Silicon Valley to get his communication software upgraded, and everything in between. Frank chats with his family and friends, carers and colleagues are enlightening but the usual documentary sort of stuff, even when those chats are with his celebrity buddies — did you know Hawking is pals with Jim Carrey? (The fallacious sense that famous people surely all know one another doesn’t seem like a fallacy when it comes to Hawking.) It’s Hawking himself who makes this a must-see: he’s delightfully witty and self-deprecating for a guy who has had such an extraordinary life that questioning the very underlying structure of the universe is all in a day’s work. 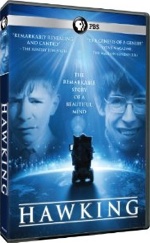 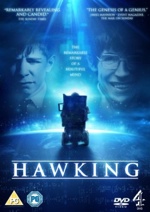 When you purchase or rent almost anything from Amazon US, Amazon Canada, Amazon UK, and Apple TV, Books, and Music (globally), you help support my work at Flick Filosopher. Please use my links when you’re shopping. Thank you!
Hawking (2013)