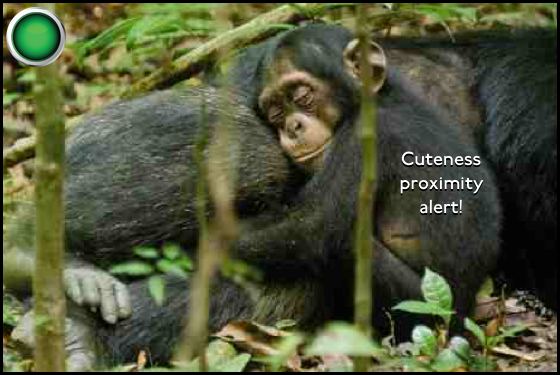 Cuteness proximity alert! Cuteness proximity alert! As with African Cats, the previous film in Disneynature’s animal documentary series, Chimpanzee gets us way closer to creatures in the wild and lets us see them like we never have before, and as we never could in a zoo or some other environment to which they’re not native. This is an extraordinarily cozy and confident film that relaxes into life in the jungle in a way that feels much more comfortable than Cats does, perhaps because we can identify so closely with the tribe of chimps filmmakers Alastair Fothergill and Mark Linfield followed for months: their attention to and care for one another, friendships and squabbles alike, are heartrendingly familiar… and their clever use of tools and strategy, whether they’re hunting food or fending off an attack by a rival tribe, are potent reminders of how closely indeed we are related to these magnificent animals. This is a wonderful film to introduce children to the natural world and our relationship to it: the core of the story revolves around a toddler chimp (called Oscar by the filmmakers) and his adventures learning about his world, including the very tough one that comes when his mother is lost in the ongoing war with the rival chimp tribe. Never fear! The film is remarkably coy, almost ridiculously so, about the tooth-and-claw of life in the wild, most evident in one scene at the conclusion of a hunt, when the bloody feasting that follows is kept from our eyes. The jungle swallows up a lot more than Cats’ serengeti did, but this is clearly a somewhat sanitized portrait of life there. There’s even a happy ending for Oscar, who is adopted by the tribe’s alpha male, Freddy, who shares food and affection that little Oscar was starting to wither without. (We’re told this sort of adoption is something completely unexpected, but perhaps it’s not so rare after all if the filmmakers happened to capture it on film.) The narration by Tim Allen is sitcomish — sometimes downright Tool Time-ish — but it’s worth tolerating for the gorgeous African vistas, including a look at the jungle glowing with bioluminescence at night, a strikingly beautiful natural scene I’ve never seen on film before. 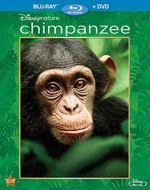 When you purchase or rent almost anything from Amazon US, Amazon Canada, Amazon UK, and Apple TV, Books, and Music (globally), you help support my work at Flick Filosopher. Please use my links when you’re shopping. Thank you!
Chimpanzee (2012)