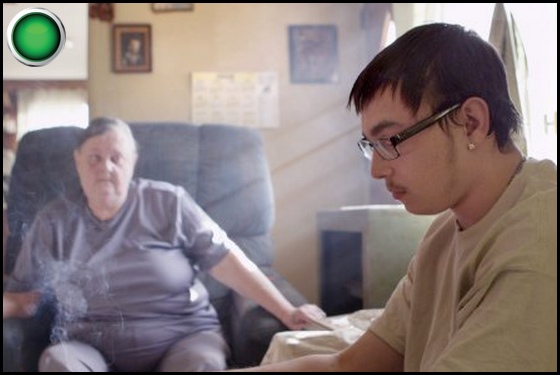 A portrait of small-town American poverty in which compassion for its subjects is matched only by a caustic undercurrent of rage at the utter collapse of the American dream.
I’m “biast” (pro): nothing

Rich Hill isn’t a person but a place: a rather ironically named “city” of 1,300-someodd souls in Missouri where hopelessness appear to reign even among the cheery fireworks and patriotic parades complete with countless waving Stars and Stripes and enthusiastic but off-key high-school marching band renditions of “God Bless America.”

Local filmmakers Tracy Droz Tragos and Andrew Droz Palermo won the Grand Jury Prize for Documentary at this year’s Sundance Film Festival for this portrait of a year in the life of three teenaged Rich Hill boys, and their compassion for the trials of their subjects’ lives is matched only by the unspoken but caustic undercurrent of rage at the utter collapse of the American dream. Andrew and his family are constantly moving as his father searches for work; Appachey is bipolar and left to his own devices by his mother, who figures it’s his “choice” to take his meds or not (he doesn’t); Harley suffers from uncontrollable anger, part of which is down to his mother being in prison.

It’s difficult not to despair at the unvarnished peek we get into the boys’ lives: homes that are all but unlivable (one has no hot water), health issues that go untreated, parental abandonment, sexual abuse, injustices large and small all around. We see a culture that is dysfunctional in all respects, where a lack of prospects of any kind — you can’t work hard if there are no jobs — leads to a wretched, surrendering despair: One mother says, with resignation, “I never had a life. I never had any dreams or hopes.” Or to perverse fantasy living alongside the most meager of ambitions: One father’s big aspiration is to be able to take his kids to Walmart or the dollar store and let them “go crazy”… yet he also imagines that he might move to Australia and dig up gold.

These are people — adults and children alike — with few skills for coping with the world, but not-coping hardly seems like an unreasonable reaction to the world they live in. This is poverty — of the wallet and of the spirit — the likes of which remains mostly hidden in the larger cultural consciousness of America even as it comes to define, more and more, what America is today. Though Rich Hill is rural, not urban, and its inhabitants apparently mostly white, not black, it’s hard not to see some resonance with how the St. Louis suburb of Ferguson, some 300 miles away, has exploded. Nothing good can come from so many people being sidelined by their own country.

see the film’s Facebook page for a listing of current and upcoming U.S. theatrical venues 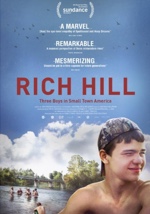 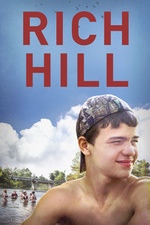 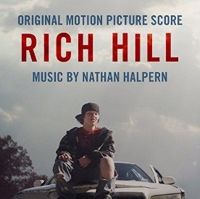 When you purchase or rent almost anything from Amazon US, Amazon Canada, Amazon UK, and Apple TV, Books, and Music (globally), you help support my work at Flick Filosopher. Please use my links when you’re shopping. Thank you!
Rich Hill (2014)