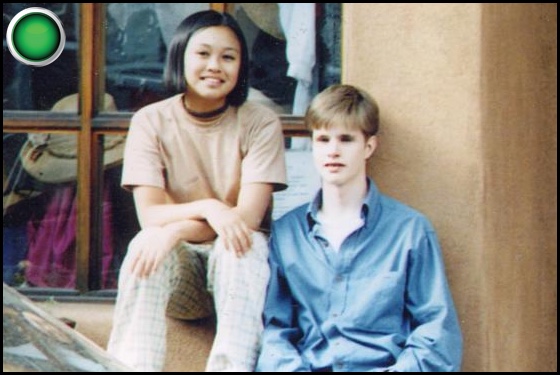 An almost unbearably heartbreaking documentary rehumanizes the LGBT icon… and makes him newly tragic all over again.
I’m “biast” (pro): nothing

If you know of Matthew Shepard, it’s probably only because of the horrific nature of his death, which came in October 1998, just before his 22nd birthday and a few days after he was savagely beaten and left tied to a fence on a Wyoming prairie. His murder became a rallying cry for the gay-rights movement, raising awareness of violence against LGBT people and eventually (in 2009) prompting new federal hate-crime legislation. That Shepard’s death has been almost mythologized since is hardly surprising… but now this almost unbearably heartbreaking documentary rehumanizes him and makes him newly tragic by showing us all the potential that was lost with his way-too-early death, but also by showing us how that potential was already in the process of being smothered by the pressures of life as a young gay man in our homophobic culture.

Shepard was much more worldly than the image of a kid from the prairie suggests: he’d traveled in Europe and North Africa and attended a boarding school in Switzerland when his father worked for an oil company in Saudi Arabia. It was at that school where he met and became close friends with Michele Josue, who had never made a film before but here tenderly and sensitively assembles family photos and videos, Shepard’s letters and other ephemera, and reminiscences of his friends and parents into a sort of scrapbook of his life. Shepard’s perfectly ordinary adolescent confusion is, of course, made worse by culturally fueled worries over being accepted for who he is, but his hopes, fears, and vulnerabilities will be instantly recognizable to anyone who was ever a teenager.

But Matt Shepard Is a Friend of Mine is also a portrait of the crushing grief that Shepard’s friends and family have endured, and of their attempts to find meaning and solace in the face of inhuman violence and unthinkable loss. It’s here, perhaps, that the film is at its most distressingly poignant. I was moved to tears of anger and pity by the raw misery and forlorn grasping for resolution that everyone onscreen continues to struggle with.

In the years since his murder, the motives of Shepard’s killers have been requestioned and reexamined; one controversial and contested book, The Book of Matt: Hidden Truths About the Murder of Matthew Shepard, by Stephen Jimenez [Amazon U.S.] [Amazon Canada] [Amazon U.K.], purports to conclude that homophobia wasn’t what drove them to their crime. But even if that were true, it wouldn’t make a whit of difference: Shepard is still dead, and the symbol he became — fairly or unfairly — is only a small part of his story. This devastating documentary fills in the missing pieces. 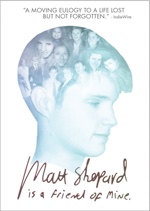 When you purchase or rent almost anything from Amazon US, Amazon Canada, Amazon UK, and Apple TV, Books, and Music (globally), you help support my work at Flick Filosopher. Please use my links when you’re shopping. Thank you!
Matt Shepard Is a Friend of Mine (2015)