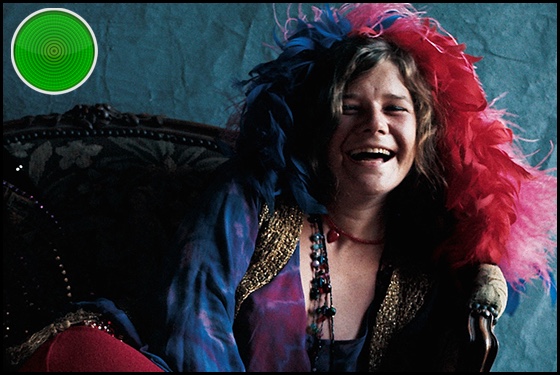 A compassionate, intimate unpacking of the legend of Janis Joplin that reveals the troubled influences on the force-of-nature singer she willed into being.
I’m “biast” (pro): nothing

Janis Joplin! She was the Amy Winehouse of her day… except without all the vampiric media attention and the constant stalking by paparazzi. Joplin was at least able to die of her substance abuse in peace and privacy. We’re used to thinking that women have it so much better today, but before Joplin died in 1970 — at age 27, the same age at which Winehouse died in 2011 — the focus of the press coverage of her had been on her work: “Janis should dump her band, they’re not as good as she is and they’re dragging her down”; “Janis shouldn’t have dumped her band, these new guys are dragging her down” (not actual quotes, but close enough). If you enjoyed — or were infuriated by — this year’s other great music doc, Amy, you’ll want to see this this compassionate and intimate documentary about Joplin’s life and death, too. Not that Joplin wasn’t haunted, and her self-esteem impacted by, gendered abuse: it just didn’t come from the press or the public.

Joplin’s friends and family open up for documentarian Amy Berg (Every Secret Thing, West of Memphis ) about how troubled she was, and how special she was, and how the first contributed to the second: “She couldn’t figure out how to make herself like everybody else,” explains one childhood friend about how Joplin simply could not fit into their small Texas town. “thank goodness.” And so she fixed it in her head that she would become a great and famous singer who bared her soul and her pain in her music… which we get glorious samples of here; if you didn’t already know that Joplin was a force of nature, you will appreciate that at last.

Musician Cat Power offers narration in character as Joplin, reading her letters, as Berg — supported by producer Alex Gibney (The Armstrong Lie, Mea Maxima Culpa: Silence in the House of God), himself one of the great American documentary directors working today — offers us an amazing collection of archival footage and photos of a woman who grew from a “bullied, picked on… profoundly hurt” girl into a powerhouse artist who moved a lot of listeners. This is a beautiful unpacking of a legend that offers some extraordinary insight from the people who knew Joplin: her sister notes that the important lesson of Joplin’s experience, truncated as it was, is that you should “make your life fit your values.” As with Winehouse, we are left enraged at all the music we will never hear because the world didn’t know quite how to accept a woman of intelligence, talent, ambition, and power. 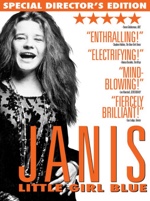 When you purchase or rent almost anything from Amazon US, Amazon Canada, Amazon UK, and Apple TV, Books, and Music (globally), you help support my work at Flick Filosopher. Please use my links when you’re shopping. Thank you!
Janis: Little Girl Blue (2015)