MaryAnn’s quick take…
A tough, simple story about a foster kid whose path to finding a family and a home is not an easy one. There are no platitudes here, just bittersweet truth.

I’m “biast” (pro): desperate for movies about girls and women
I’m “biast” (con): nothing
I have not read the source material
(what is this about? see my critic’s minifesto)

Another beloved children’s novel by Katherine Paterson — she also wrote Bridge to Terabithia, which became a lovely and heartbreaking film a few years back — comes to the big screen… though mostly to the small one, because The Great Gilly Hopkins is being released on only a handful of screens; most fans of the book will have to catch it on VOD (or on DVD in a few months). For those not familiar with the book, it’s not about wizards and it’s not set in a postapocalyptic dystopia, which is perhaps why it’s not deemed worthy of a wide release in the current cinematic environment, which is all about spectacle. This is a tough, simple story about a 12-year-old foster kid who’s tired of being shuffled from home to home and dreams of the mother who abandoned her swooping in to take her away to a wonderful life. Sophie Nélisse (the eponymous Book Thief) is all sharp-edged angry sparks as Gilly

, who plots to run away from her latest foster home, run by the effusive Trotter (Kathy Bates: The Boss), whose kindness grates on the girl. But perhaps sympathy from a new teacher, Miss Harris (Octavia Spencer: Allegiant), along an unlikely vector may succeed where persistent warmth fails: the scene in which Harris pegs Gilly’s rage as the source of her power and her pain is extraordinary. Gilly is a real kid the likes of which we don’t often see onscreen, and her path to finding a family and a home is not an easy one. There are no platitudes here, just bittersweet truth.

I loved the book when I was a kid. Sounds like they respected the story here.

Just watched the movie, I have a crying headache. Gilly helped shape my personality as a kid, seeing the book on-screen was amazing. This movie won’t win Harry Potter’s awards or get the Star Wars red carpet treatment, but it’s a tough little movie with a star-studded cast that doesn’t need any fanfare; it’s fan fare of its own for all of us that were looking for a tough girl to look up to. 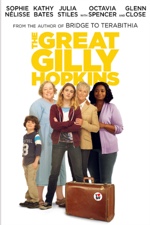 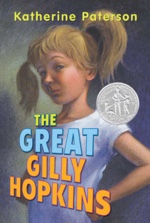