It’s been sixteen years since Return of the Jedi; this year I will be thirty years old. So I’ve been waiting a little more than half my life for Lucas to go back and fill in all the little details that so tantalized us in the original trilogy: The Clone Wars. The Old Republic. Ben Kenobi’s fond reminiscences of Luke’s father. And a hundred others. So with that kind of anticipation, could Star Wars Episode I: The Phantom Menace do anything other than disappoint?

I can understand why mainstream movie critics have, on the whole, been less than kind to The Phantom Menace. As a film, it annoys as much as thrills and leaves much to be desired, especially in comparison with Star Wars and The Empire Strikes Back, the best of the originals. The computer-generated character Jar Jar Binks (voiced by Ahmed Best), while a technical marvel, is probably the most irritating character ever to appear on film — like a Caribbean Elmo or, as my brother and fellow devotee suggested, a Rastafarian Roger Rabbit, the clumsy, floppy-eared Jar Jar speaks with a nearly incomprehensible accent, as do the rest of his species, the Gungan. Jar Jar is symptomatic of another weakness: the kiddie focus of the film. With his grinning, friendly face and blundering antics, Jar Jar is Phantom‘s juvenile comic relief (correct me if I’m wrong, but I don’t think there was a single fart joke in all of the original trilogy), which is a bit odd when one considers that the most die-hard of Lucas’s fans, the ones who’ve been with him since the beginning, are now well beyond the age to appreciate jokes about bodily functions. The grownup, verbal wittiness of the previous films is sorely missed.

And yet… this is Star Wars, and I love exploring this universe. Phantom is very rewarding for devoted fans, chock full of delightful references and allusions and parallels to the first trilogy that pay off handsomely the multiple viewings of the originals we’ve enjoyed over the years. From the opening crawl — which mirrors the slight hyperbole of Star Wars‘s as it describes an “alarming chain of events” involving the “greedy Trade Federation” and the Jedi Knights, “guardians of peace and justice in the galaxy,” who will put things right — to the echo of Luke’s theme in Anakin’s in John Williams’s wonderfully operatic score, this is without doubt the same self-contained, internally consistent, astonishing and frightening universe we’ve come to love.

Unlike Luke, Anakin Skywalker (Jake Lloyd) is very much a bystander for much of Phantom, or is heroic only accidentally. The hero’s journey of Star Wars is replaced here by political soap opera: Phantom is in fact much more plot driven, much less character driven than Star Wars. Jedi Knight Qui-Gon Jinn (Liam Neeson, from Michael Collins and Les Misérables) and his apprentice Obi-Wan Kenobi (Ewan McGregor, from Nightwatch and Trainspotting) have been sent by the Senate of the galactic Republic to negotiate a settlement to a blockade of the peaceful planet Naboo by the Trade Federation. The situation is much worse than they feared — the Federation is planning an invasion of Naboo, and even that is only a gambit in some larger scheme masterminded by a hooded Sith Lord, a Dark Side Jedi called Darth Sidious. The queen of Naboo, Amidala (Natalie Portman) is a pawn in this game — also playing a part is Naboo’s representative to the Republic, Senator Palpatine (Ian McDiarmid). Politics are afoot in the council of Jedi Masters, as well — when Qui-Gon brings before them young Anakin as a candidate for Jedi training, much debate is sparked as to the wisdom of training this Force-strong child.

It’s difficult at times to find a character to focus on as we could on Luke, but if Phantom has a center of gravity, it’s Qui-Gon. In the original trilogy, the Jedi having been all but exterminated, we met only Jedi who were weak, old, and dying or young and inexperienced. But Qui-Gon is a Jedi Knight in his prime, and Neeson makes him a strong, calming presence even in the midst of battle. Qui-Gon is powerful in a way that doesn’t even require that he demonstrate that power. My first real taste in Phantom of that old Star Wars thrill came when Qui-Gon said to Anakin, just before the kid took off in the do-or-die pod race, “May the Force be with you.” It wasn’t the now-clichéd line that was so electrifying, but the way Neeson read it: confidently, casually, assuredly. You can practically feel the Force flowing from Qui-Gon.

Honestly, I’d pay cash money to see either Neeson or McGregor on his own read from the phone book, and the two of them together is almost too delicious to bear. His Obi-Wan unfortunately doesn’t have an awful lot to do, but McGregor wastes no opportunity to be brilliant, reigning in a young man’s impetuousness with a Jedi-in-training’s emotional control — that these two opposing forces are at war within him is clear throughout the film. Another of Phantom‘s magnificent, shiver-inducing moments comes when Obi-Wan, bowing before Yoda, confronts the Jedi Master over Anakin’s training, Kenobi’s quiet fierceness winning out momentarily over his own Jedi reserve. Spookiest of all? McGregor channels the spirit of Alec Guinness, not exactly imitating Guinness but undeniably capturing the mannerisms and intonation of voice of the actor who played the older Obi-Wan. I’m looking forward to seeing McGregor’s role expand in Episodes II and III.

Phantom‘s other visceral wallop comes from Darth Maul (Ray Park), Vader to Sidious’s emperor. Onscreen for a surprisingly short amount of time, Maul is nevertheless riveting. (Though the most visible baddie, he’s not actually the film’s chief villain — Sidious is the phantom menace, and I wonder if those not overly familiar with the original films will realize who he is under that disguising hood.) Looking like a nightmarish devil sprung to life and moving in a lightning-swift way that Vader never did, Maul is terrifying and thrilling. The duel he fights with his twin-blade lightsaber against Qui-Gon and Obi-Wan has already bested anything we just saw in The Matrix, and, I suspect, with a lot less help from special effects.

Though not the things that excite me the most about movies — characters are what do that for me — Phantom‘s FX are unquestionably groundbreaking, seamlessly blending live action and animation. (It becomes obvious after watching Phantom that there is now nothing than cannot be realistically depicted onscreen, and it makes me all the more eager to see what the upcoming live-action Lord of the Rings will look like.) Inescapably wrapped up with the effects is the film’s design, which is beautiful — I especially like the Naboo cruiser Qui-Gon and company sport around in, which looks like a streamlined bit of Art Deco sculpture or a 50s Cadillac. Every frame of Phantom is jam-packed with people and creatures and cool stuff. It makes you long to yell at the film to just slow down for a minute so we can take it all in — but I suspect if Lucas had taken the time to linger and show off his creations, we’d be accusing him of placing more importance on the backdrops than on the story (which, actually, some critics have already accused him of).

There’s so much more I could go on about, but I’ll save that for a second look at The Phantom Menace sometime later this summer. 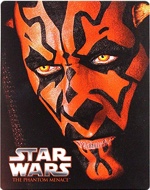 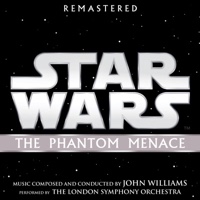 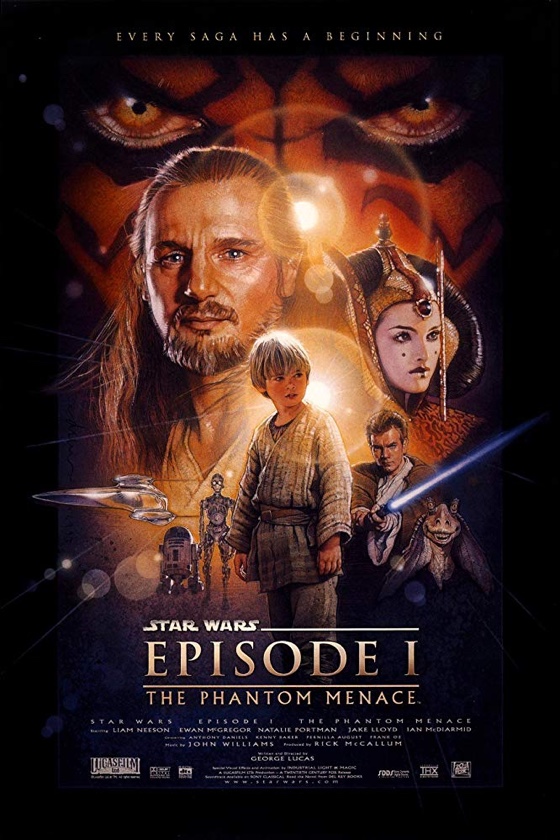