Plausibility isn’t in the cards for this odious excuse for a thriller. This is all about sexy danger, for sociopathic, misogynistic values of “sexy danger.”
I’m “biast” (pro): nothing

Five men with too much time and money on their hands share a luxury loft. They don’t live there: it’s their secret fuckpad for mistresses, hookers, one-night stands, whatever. It’s discreet and economical, is how the building’s architect, Vincent (Karl Urban: Walking with Dinosaurs), sells the idea to his pals, played by James Marsden (X-Men: Days of Future Past), Wentworth Miller (Resident Evil: Afterlife), Eric Stonestreet (Identity Thief), and Matthias Schoenaerts (Far from the Madding Crowd): no mysterious hotel charges on a credit card bill to accidentally inform the wives. Think of it as Zipcar for unfaithful assholes. Though if a dude has the sort of money to enable him to share expenses on a piece of real estate without his wife finding out, why not just get a credit card she doesn’t know about and use that for cheating?

Plausibility isn’t in the cards for this odious excuse for a thriller. The Loft is all about sexy danger, for sad, misogynistic, dude-centric values of “sexy danger.” There’s a dead blonde in the loft’s bed, and oh noes! if they don’t clean this up the right way, their ongoing sexytimes party is going to be ruined. Plus it must be one of them whodunnit, since only they five have keys. Someone broke the rules of their little club, and this will not do. This is where the movie starts, and we’re not, it seems, supposed to think badly of these men: all men are pigs, Vincent says cheerfully, though he might not phrase it quite that way; it’s just natural dude behavior to lie and cheat, and dead blondes are only an issue inasmuch as they threaten the lying and cheating. And this is only the tip of the iceberg of their sociopathy; they actually get worse from here. They are so not fun guys to spend an hour and 40 minutes with.

Director Erik Van Looy is remaking his own 2008 Belgian film, though why he would do such a thing is a complete mystery. Schoenaerts also appeared in that one, as the same character, who is really not so fascinating that I can imagine an actor being driven to portray him again in another language. I mean, this guy isn’t Hamlet or anything, though I suspect Van Looy thinks he is saying something deep and insightful about human nature as the five friends all turn on one another in an attempt to save their own hides. He isn’t.

See also my #WhereAreTheWomen rating of The Loft for its representation of girls and women.

Why remake the film? Money, I assume – more English-speakers out there than Dutch-speakers.

Thing I Always Say: “Why should I care what happens to any of these people?” If a film doesn’t answer that, it’s lost me.

They failed in a business sense, too: the movie was a total flop.

I already have spent enough time in my life around guys like this, occasionally with ones stupid enough to start trying to convince me to be one of their pieces on the side. (Stupid because I am so not someone like who they want.) No interest in spending money to hang out with them in a movie theater.

Dutch-language film. No such thing as a “Belgian language”. (yes, film is awful)

Haha oops! Stupid brain fart on my part. I’ve deleted the “-language” bit, since IMDb says the original is in both Flemish and Dutch.

Yeah, well, Belgium is complicated :-). IMBD’s language designations is a little off, too. There’s really no such thing as a “flemish” language. Flemish people speak Dutch, just like they do in the Netherlands. It’s the same language with regional differences, especially in accent. 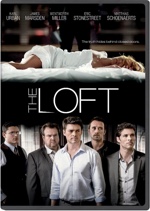 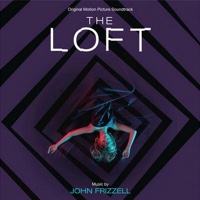 When you purchase or rent almost anything from Amazon US, Amazon Canada, Amazon UK, and Apple TV, Books, and Music (globally), you help support my work at Flick Filosopher. Please use my links when you’re shopping. Thank you!
The Loft (2015)