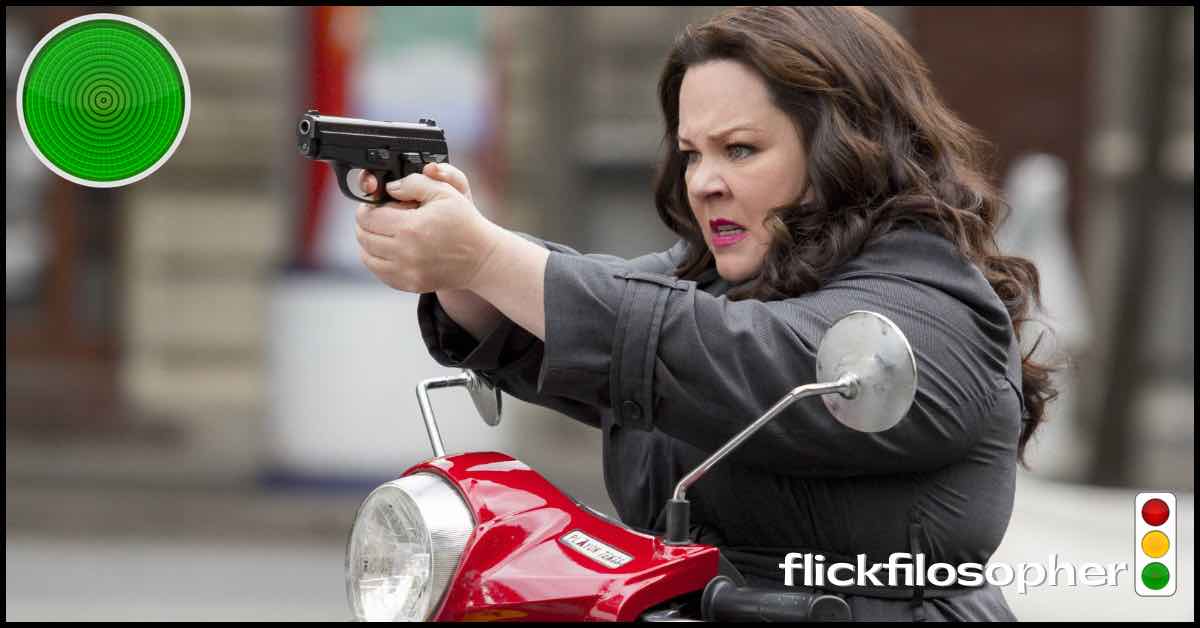 Does some wonderfully seditious feminist things while also being funny as hell. Finally, we are asked to laugh with Melissa McCarthy, not at her.
I’m “biast” (pro): like Melissa McCarthy…

Director Paul Feig has made some very bad movies with Melissa McCarthy. The Heat and Bridesmaids were popular, this is true, but they were also cruel and unforgivably unfair to the women they were about. I console myself with the thought, however unlikely it may be, that it was McCarthy’s irrepressible charm and inherent likability, even amidst all the abuse she was forced to endure, that drew moviegoers to her (as well as to the other women featured in these films, of course).

But now, Feig — also taking on the screenwriting task — has made a movie that allows McCarthy to be her own delightful self without asking us to laugh at her. (This is not, as someone on Facebook put it so well recently, a “fatty fall down” comedy.) We laugh with McCarthy, sure, and that’s fine. And in Spy, we laugh with her while also commiserating with her, because this sneakily subversive movie confronts head-on issues of women’s confidence (or lack thereof) and men’s arrogance (and fear!) that so many movies, including Heat, dare not touch, though they sometimes pretend to.

I hasten to add: Spy does its wonderful seditious feminist things while also being funny as hell. I never laugh out loud at movies. I laughed out loud a lot at Spy. (Be sure to stay through the credits for one final laugh-out-loud moment.)

At first, Spy looks like a simple spoof of James Bond flicks and other secret-agent adventures. Bradley Fine (Jude Law [Black Sea, The Grand Budapest Hotel], sporting a perfect American accent) is a top CIA operative, all suave and cool and badass and tuxedo’d at the Bulgarian cocktail party he has infiltrated in order to catch a nuclear terrorist. (Law is so perfectly Bond-ian that it’s extra weird, and hence extra funny, to hear him speaking with an American accent.) We quickly see, though, that his awesomeness is at least as much a function of the assistance given him remotely by Susan Cooper (McCarthy: Tammy, The Hangover Part III), his handler back at CIA HQ and in his earpiece, as it is his own doing. They’re a team, a very capable team, him doing the physical stuff of taking out bad guys and her guiding him, alerting him to the henchmen coming around a corner from her perch behind a computer at Langley. (Is real-time infrared satellite imagery a thing? It is here!)

But then comes the sneaky subversion: When Fine’s mission unearths the fact that the big-time European arms dealer they’re after — Rayna Boyanov (Rose Byrne: Annie, Neighbors); yay and hooray! a female villain whose badness has nothing to do with sex — knows the identities of all the CIA’s current field agents, they have to send in someone she won’t possibly know. Someone like Susan, who kicked ass at the CIA training academy but has been deskbound ever since. Yet as much as Susan aches for a chance to prove herself, she also worries that she’s not up to the job… because she has been gaslighted by Fine (and by the world at large) into believing that the best use of her talent is supporting — to the point of mothering, even — the likes of Bradley Fine.

Spy makes it very, very clear, in ways that are very, very funny, that women don’t get the respect they deserve because men fear their brains and competence, and worry about the potential competition that presents. It may be unconscious or it may be deliberate on their part, but the men here underestimate women, and, ultimately, to their own detriment, and the women end up overcoming the preconceptions about what they’re capable of in glorious ways. The men include Jason Statham (Wild Card, The Expendables 3), sending up his onscreen persona as a ridiculously badass CIA agent, and not bothering with an American accent at all; I’m so happy to see that Statham has a sense of humor about himself. And the Italian agent Susan has to cope with in Rome, the somewhat sexual-harassy Aldo (Peter Serafinowicz: Guardians of the Galaxy, Muppets Most Wanted). The women include Miranda Hart as another support agent who gets out into the field… and also Allison Janney (The DUFF, Get on Up) as a CIA deputy director who had had a-fucking-nough with women who lack confidence in themselves for no good reason.

I love this movie so much, with only one caveat: Comedies for grownups do not need poop jokes. (Nor do comedies for kids, for that matter.) Ditto the other few bits of pure grossout: totally unnecessary, and totally unfunny. They don’t overwhelm the film, nor do they negate the rest of the genuinely clever humor, but they do hint that Feig doesn’t trust himself that his smart, sympathetic, witty approach to the particular battles professional women fight — one that is also mostly sympathetic to men learning to deal with women as equals! — is enough. It totally is, dude. Don’t let Hollywood gaslight you into thinking otherwise.

See also my #WhereAreTheWomen rating of Spy for its representation of girls and women.

Now I need to see this.

This bodes well, I hope, for Feig’s Ghostbusters.

…and now I *have* seen this. And I thought it was really good. Everything you said it was. And I don’t think the film really did *that* much with poop jokes; there seems to be a disproportionate amount of commentary on that aspect on this thread (my comments included).

It’s more that the poop jokes are *so* out of place here, and so not needed.

Does Allison Janney do any physical comedy in this movie? I’ve been watching Mom on and off, and it turns out she’s unusually good at it. Yet another reason to be jealous of Allison Janney.

No, she’s mostly a straight-man here.

Good, I was hoping this would turn out funny. Can’t wait.

Yay! I haven’t even read your review yet; I just hoped you would like it.

I haven’t seen the movie yet, but she appears to be playing a character closer to that of Molly of MIKE & MOLLY. That’s good thing because she doesn’t play the buffoon as she has in most of her movie career.

I am dismayed by the report of poop jokes. I am so sick of poop, penis, and breast I could barf, unironically. Even the Daily Show has given up and surrendered to them, and I don’t know one guy over 12 who thinks they’re funny or even half laughs along with them even when a laugh track is provided, and zero females who ever thought they were funny. So why are they still in comedy movies as star-studded as this one? And for whom?

I don’t like those jokes, either, but Louis CK offered a strangely moving defense of fart jokes in the season five finale of his TV series. Unfortunately, it’s not online, so I’m posting this instead:

I once took a semester of Spanish lit dedicated entirely to reading Don Quixote in the original. Since it was slow going, with a lot of dictionary consultations, it took me a while to work out that the passage I was reading was a fart joke involving Sancho Panza. I laughed, hard. Maybe fart jokes are funnier when you have to work to understand them, when you feel like you’ve EARNED the fart joke, dammit!

nope — stilll don’t think it’s funny. and not a big fan of Louis C.K. in most events.

Been waiting to see this! Unlike Tammy, this looked good!

Hey, don’t be so hard on poop jokes. Remember the path to financing a movie runs through Hollywood executives. Who are, on the evidence, NOT grownups.

This is like Hot Fuzz for the spy genre — sending up spy-movie tropes while embracing them. I want a sequel to Spy more than the Ghostbusters reboot Feig and McCarthy are doing. 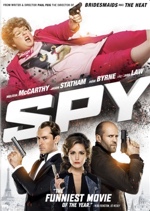 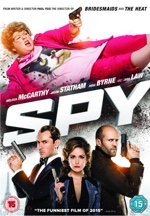 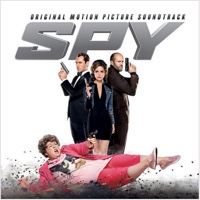 When you purchase or rent almost anything from Amazon US, Amazon Canada, Amazon UK, and Apple TV, Books, and Music (globally), you help support my work at Flick Filosopher. Please use my links when you’re shopping. Thank you!
Spy (2015)