MaryAnn’s quick take…
A marvel. Funny and exuberant and bittersweet and cliché-busting and unexpected as hell. We are going to need more movies like this one.

I’m “biast” (pro): loved Damien Chazelle’s Whiplash, love Gosling and Stone
I’m “biast” (con): nothing
what is this about? see my critic’s minifesto)

Hopeful yet pragmatic. Fantastical yet down-to-earth. Revolutionary yet traditional. Old-fashioned in the best way and totally modern at the same time. Pure escapist cinematic joy

that you don’t need to turn your brain off to get thoroughly lost in. La La Land is a movie to make you fall in love with movies all over again, just when, I suspect, we’re going to be leaning on movies a lot merely to maintain our sanity. This is an instant comfort movie,

one that wraps you in its warm embrace and never lets you go.

We are going to need more movies like this one.

La La Land will make you fall in love with movies all over again, just as we’re going to be leaning on movies merely to maintain our sanity.

La La Land is a marvel. Writer and director Damien Chazelle (Whiplash) plants all of its infectious enchantment and its comforting contradictions right there in the opening sequence, a long single-take song-and-dance number that finds magic — magic! — in a Los Angeles traffic jam. Cheery young people in bright primary colors hop out of their stopped cars in the middle of the freeway to serenade a city that crushes people more often than it rewards them… and so they are also bucking themselves up, singing of the Hollywood dreams that they’re still chasing, still clinging to. All of the great things that a movie can be and that La La Land will be are right here in this moment: it’s funny and exuberant and bittersweet and cliché-busting and unexpected as hell, and if you are not a quivering ball of happy-sad tears by the end of this number (and then again at the end of the movie), I don’t know you.

That song? It’s called “Another Day of Sun” — the songs are by Justin Hurwitz, Benj Pasek, and Justin Paul — and it makes the prospect of another day of sun sound like a bit of a trial underneath the glory of it. Like each sunrise is a drill sergeant pushing you to get up and keep going and never give up. And with its juxtaposition of one of the plagues of LA — the traffic — with the promise that has been drawing hopeful young people for a century, it puts the love back in love-hate. (I can’t think of a single other movie that has found such wonder in Los Angeles except L.A. Story. These two will make a splendid double-feature in the future.) But the hate is still there, too: gentle and mild, but it’s there. La La Land isn’t quite cynical: it’s realistic about the sacrifices it takes to make your dreams come true. You probably can’t have it all. But maybe you can have some of it.

Enter Mia (Emma Stone: Aloha, Irrational Man) and Sebastian (Ryan Gosling: The Nice Guys, The Big Short). She’s trying to be an actress, he’s a struggling jazz musician, and they do not meet in the midst of that freeway song-and-dance. They’re both there, but the most intimate their interaction gets is when they flip each other off in traffic-jam frustration. It’s an anti-meet-cute. Because La La Land is sort of an anti-romance, at least in the way that Hollywood usually treats the subject, as a moment and not a process, and as a happily-ever-after-no-matter-what. Over the course of many months, they keep running into each other all over town, and sparring: they really do not like each other. Their second encounter, as they wander the Hollywood Hills looking for their cars after a party, becomes another song-and-dance, the flip side of Singin’ in the Rain’s “You Were Meant for Me.” The gist of the song is this: “What a lovely night, and what a lovely view. It’s a pity I’m here with you.” It’s hilarious. And in what might be deemed something of an anti-musical touch, Mia sings a line about how her very high heels are contributing to the unpleasantness of their walk… and then she changes into more practical shoes before they start dancing!

La La Land is an anti-romance love story and an anti-musical full of song-and-dance. It’s glorious.

Stone and Gosling are most definitely not Ginger Rogers and Fred Astaire (or even Gene Kelly and Debbie Reynolds), and their singing voices are appealingly rough: that’s anti-musical, too. And it’s lovely. With much of the backdrop and the setting here artificial — fake snow at a Hollywood party full of poseurs; studio sets (Mia works in a coffeeshop on the Warner Bros. lot) — Mia and Sebastian are finding something real amidst the glitz, and that is reflected in the lack of slick polish to their singing and dancing. It’s charming and authentic and heartfelt,

and of course that is reflected in the fact that they do eventually fall in love, and are happy. For a while. He joins a band (led by John Legend, playing a version of himself) because the money is good, but is this the kind of success he really wants? (He dreams of opening a jazz club.) Her auditions don’t seem to be getting her anywhere, so she begins to develop a one-woman play, which comes with a whole new batch of stresses. Can their newfound romance survive the realities of the creative lives they have chosen for themselves?

Like Inside Llewyn Davis — another of my most favorite movie of recent years — La La Land is about sticking to your artistic guns even when it doesn’t seem to be working or it’s not popular. It’s a love letter to dreamers and all the hard work it takes to make dreams come true. (Yeah, dumb luck is involved, too, but you do have to be prepared when chance presents itself.) Life is like Sebastian’s jazz here, and like Mia’s (and LA’s) cinema, with tangential riffs and negotiations between fantasy and reality. I love that La La Land is an antidote to the notion of late that “grownup” movies are something it’s okay to wait to see on a small screen at home. This one deserves to be seen on as big a screen as you can manage, and not just for the greatest impact of the bright colors and the gravity-defying dancing and the hummable songs — “City of Stars,” oh my!

— and the glorious ultrawidescreen CinemaScope cinematography. But also because La La Land’s greatest contradiction is the one that all the best movies embody: its power to convey truth is wrapped up in its overt fakery. The magnificent unreality of La La Land’s fantasy feels more real than reality — definitely a much-needed escape at the moment. Yet it also speaks with hard honesty across that divide about things that can be difficult to acknowledge. How can a movie be both a diversion and an admonition? That remains a delicious mystery. 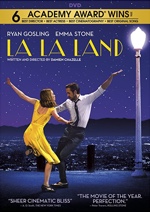 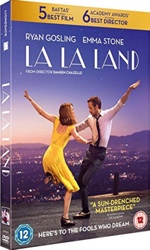 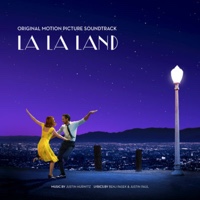 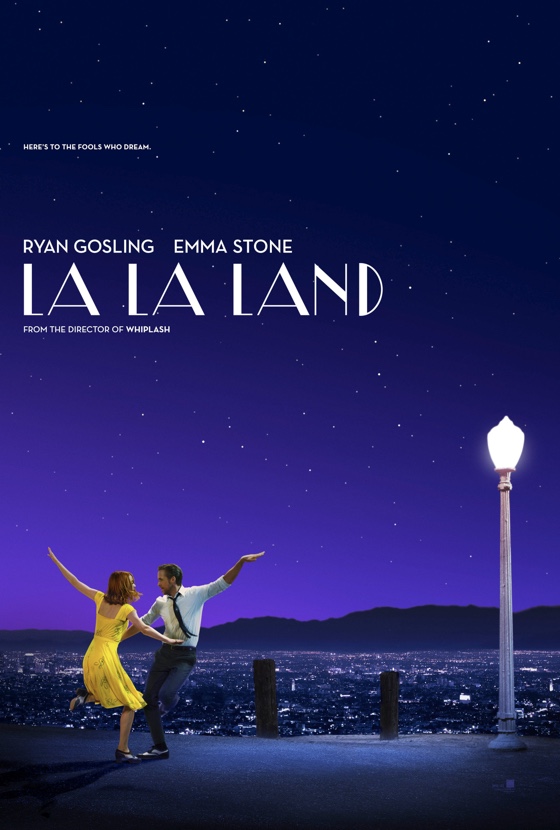