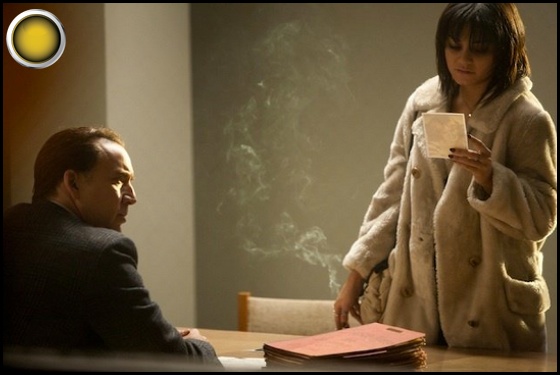 Serial-killer movies are so much more numerous that actual serial killers, and most of them ignore the victims to focus on the predators, which becomes — in the pop culture aggregate — just one more indignity perpetrated on the dead, who so often were targeted in the first place because they were voiceless, ignored by society, and wouldn’t be missed: they were prostitutes, runaways, drug addicts, homeless, or all of the above. So while newbie New Zealand filmmaker Scott Walker’s The Frozen Ground is a rocky mess that never finds solid footing, it is notable for how Walker chose to frame his true story of how Alaska serial killer Robert Hansen was finally captured in the early 1980s. The only character with any significant personal journey here, in what is essentially a pretty rote police procedural, is Cindy Paulson, a teenaged runaway working the streets of Anchorage who escaped from Hansen’s captivity. She has to learn how to trust the police again — specifically, Detective Jack Halcombe of the Alaska State Police — after the local authorities dismiss her story of kidnapping, rape, torture, and imminent death at Hansen’s hands: “You can’t rape a prostitute,” one cop laughs. Walker might have found his footing if he gave his tale over far more to Paulson: Vanessa Hudgens (Journey 2: The Mysterious Island) is astonishingly good as the deeply wounded young woman, and Walker clearly has a line on just what it takes to survive on the streets: one scene, in which Paulson overcomes her aversion to dancing nude on a strip-club stage — she desperately needs some money — by taking a hit of crystal meth is achingly sad, all the more so because it rings with pragmatic truth. The procedural stuff is sporadically intriguing — jargon flies by, challenging you to keep up; there’s a peek into the very early days of FBI criminal profiling — but Nicolas Cage (The Croods) as Halcombe and John Cusack (The Raven) as Hansen don’t have stories anywhere near as compelling as Paulson’s. 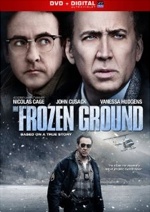 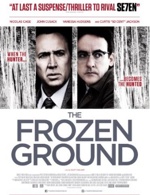 When you purchase or rent almost anything from Amazon US, Amazon Canada, Amazon UK, and Apple TV, Books, and Music (globally), you help support my work at Flick Filosopher. Please use my links when you’re shopping. Thank you!
The Frozen Ground (2013)