The barrage of nonstop sitcom idiocy is nigh on unendurable. A father plotting against his daughter as touching and uplifting? Way worse.
I’m “biast” (pro): nothing

Imagine if Adam Sandler took his galling and appalling Grown Ups franchise and redid it as a cartoon. Well, you don’t have to imagine, because that’s what his Hotel Transylvania franchise is. Sandler here is the voice and very much the attitude of the vampire Dracula, who runs a hotel in Transylvania, because monsters need to get away from the daily grind too. (Sandler is also cowriter, with Robert Smigel, and an executive producer. The director is the series’ returning TV cartoon vet Genndy Tartakovsky.) In the first movie, the hotel opened up to nonmonsters, partly as a result of human Jonathan (the voice of Andy Samberg: Neighbors) stumbling across the place; as 2 opens, Jonathan is marrying Dracula’s daughter, Mavis (the voice of Selena Gomez: The Muppets), and, one big monster montage later, they are the parents of about-to-turn-five-years-old Dennis (the voice of Asher Blinkoff). And the cheap slapstick sitcom shenanigans are off… and I do mean off. With the help of his Universal-monster-type pals (again voiced with depressing predictability by Sandler regulars Kevin James, Steve Buscemi, and David Spade), Dracula shall now engage in a scheme to ensure that Dennis, who has yet to show any sign of his vampire heritage, turns monstrous enough to prevent Mavis from taking her husband and son off to Southern California, where Jonathan grew up and where Dennis can have a human sort of life. The barrage of nonstop idiotic, obvious “humor” and blatant product placement is nigh on unendurable (turns out logos are even more obvious in cartoons than in live action), but perhaps even worse is this: A father plotting against his daughter would be bad enough in a movie aimed at adults, especially when his selfishness is depicted with such approval, and as so supposedly touching and uplifting. But this isn’t even a movie for adults. Who on earth imagined that kids would appreciate this?

See also my #WhereAreTheWomen rating of Hotel Transylvania 2 for its representation of girls and women.

Still?! I thought this character should’ve learned his lesson from the last movie! SO it’s essentially a rehash? That’s a damn shame because my little sister wanted to see this… ah well.

The only thing Adam Sandler(TM) characters ever learn is that they are always right in whatever idiocy they are displaying. The only lessons to be learned are for other people, who must come around to his perspective.

Are you a wizard? 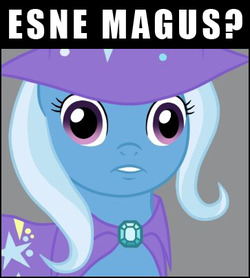 When you purchase or rent almost anything from Amazon US, Amazon Canada, Amazon UK, and Apple TV, Books, and Music (globally), you help support my work at Flick Filosopher. Please use my links when you’re shopping. Thank you!
Hotel Transylvania 2 (2015)