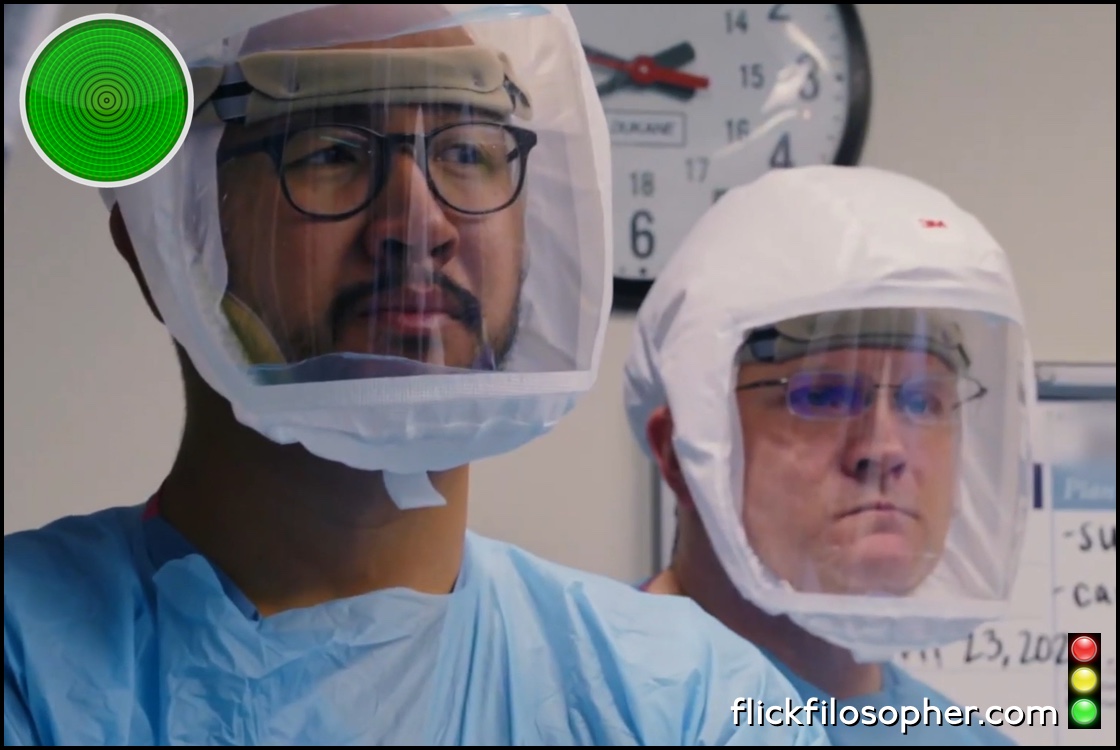 MaryAnn’s quick take: If you’ve been paying attention, not much is surprising in muckraker Alex Gibney’s timeline-driven rundown of Trump’s COVID crimes. But there is immense value in seeing it all laid out so clearly.
I’m “biast” (pro): big Alex Gibney fan
I’m “biast” (con): nothing
(what is this about? see my critic’s minifesto)

Half a year into my pandemic despair, I can’t say that I cheered, exactly, to hear that badass muckraking documentary filmmaker Alex Gibney (Citizen K, Zero Day) is on the case of the Missing Trump COVID-19 Response. But I certainly welcome Totally Under Control. If journalism is the first draft of history, perhaps we can consider this a second-draft attempt to delineate just what the absolute fuck is happening — or, more precisely, not happening — in the centers of power in the United States as a deadly new coronavirus ravages humanity and America is falling down so abysmally on the job of protecting its citizens.

If you have been paying attention for the past six months, there’s not much here that will come as a surprise to you. Not Donald Trump’s downplaying of the severity of the crisis, nor his administration’s disdain for science, nor its rejection of expertise in favor of appointees who tick political or religious boxes, nor its throwing out of a plan to deal with a pandemic because it was Obama’s, and so on. But there is immense value in seeing it all laid out so clearly, so calmly, and all in one place. Because this year has been exhausting and it’s been so very easy to tune out.

So maybe you’ve already forgotten the story of the contaminated testing kits the CDC distributed all over the US, and then dragged its feet on fixing for a month, which set the stage for the ongoing testing fiasco. (Probably you didn’t know, as I didn’t, that the fix involved merely a tweak to paperwork.) Probably it’s already slipped your mind that Jared Kushner, President Donald Trump’s son-in-law and woefully unqualified White House counsel, was given the job of heading up the federal taskforce that would acquire the massive new supply of PPE — personal protective equipment: face masks, gowns, and so on — that hospital staff would need while dealing with a highly contagious virus… and that he failed abysmally at it. Probably you’ve repressed the memory of the cruise ship Diamond Princess, and how its passengers and crew were left to (figuratively) founder at sea so that America’s virus case numbers wouldn’t rise. Perhaps it has already fallen off your radar how Trump and his gang pit the US states against one another, and all of them against the federal government, as if America were a gladiatorial free-for-all.

Because time has no meaning anymore and anything before March feels like a million years ago, Gibney — with assists from codirectors Ophelia Harutyunyan and Suzanne Hillinger — gives us a simple timeline-driven rundown of the crimes, from the earliest news of a worrying new pneumonia in China right up to Bob Woodward’s shocking interview tapes that reveal the depth of the perfidy of Trump’s coronavirus response. Backing it up are interviews with an array of experts and former insiders: mathematician and pandemic expert Eva Lee is an amazing figure; most upsetting are the scientists almost in tears of retroactive frustration that they were not allowed to do their jobs; most shocking is the young man who volunteered on Kushner’s PPE-procurement team. (Everyone appears on-camera in COVID-safe situations. The film goes out of its way to demonstrate that it was produced with far more care for our current reality than anything the White House has done.)

You can almost see the film rolling its eyes at the end, with its notice that the administration refused multiple requests for interviews. Of course it did. Trump and his coconspirators have been trying to gaslight us about how they’ve been handling this crisis since day one. Totally Under Control — the title is sarcastic, of course — is a refusal to let them get away with it.

Totally Under Control is streaming in the US on Hulu, and free in the UK on BBC iPlayer. Or use the Amazon and/or iTunes/Apple links below, which help support my work here via affiliate fees (without increasing your costs at all). 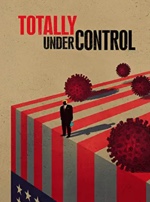 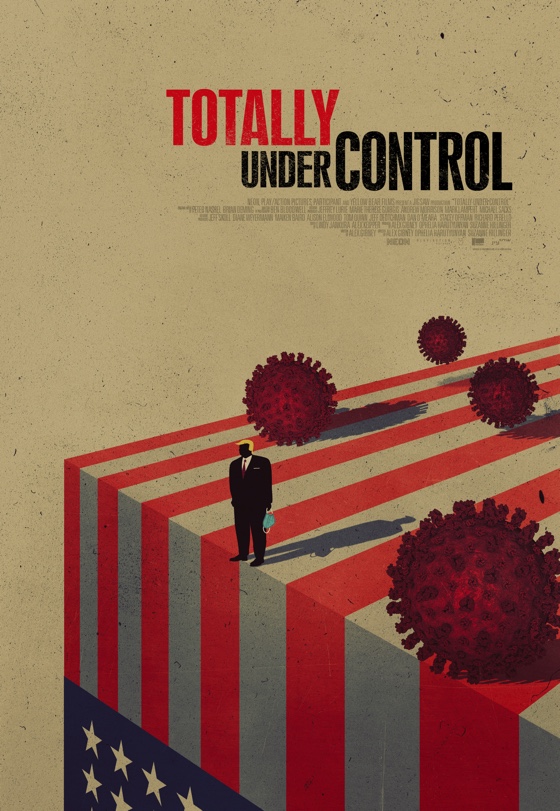