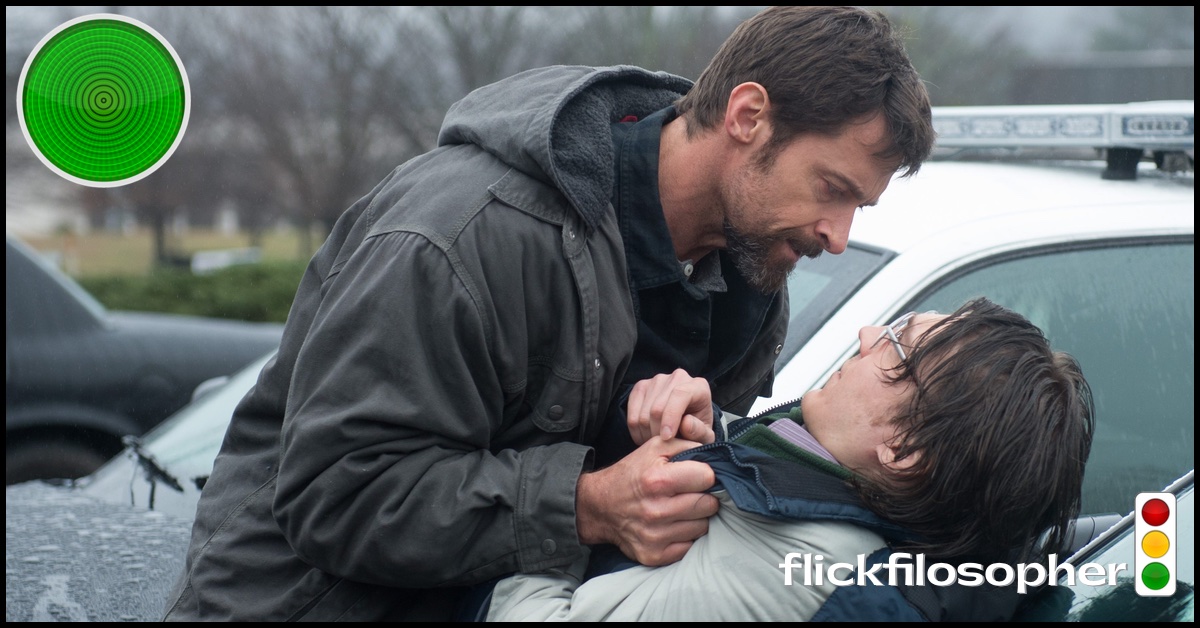 Please see this movie. We need to let Hollywood know that there is, in fact, an audience for sophisticated drama for adults.
I’m “biast” (pro): love the cast; the trailer showed promise

Ah, so this is what a grownup movie outta Hollywood feels like! They’re such rare beasts these days that my first instinct when I encounter one is to do a double-take and look for the foreign indie wizard behind the curtain.

And there he is: the acclaimed Canadian filmmaker Denis Villeneuve, whose 2010 film Incendies was nominated for an Oscar for Best Foreign Language film, is making his English-language and studio debut with Prisoners. But fair play to Warner Bros. for granting the flick a budget generous enough to snag some of the most interesting big names working today, and for giving it a wide release that means mainstream audiences will have easy access to it.

Now: everyone go see it. Please. We need to let Hollywood know that there is, in fact, an audience for sophisticated drama for adults.

There’s nothing “alternative” about this movie except that it requires nothing fantastical or imaginary to ensure that it is thoroughly gripping and frequently unexpectedly ugly, in the most intriguing way possible. Quite the contrary: it is the depressing mundanity of the horrors on display that makes it so intense, so uncomfortable, and so brilliant. It’s unvarnished, dismal reality from the opening moments, when we are welcomed to a Thanksgiving day in Pennsylvania that is all foggy gray haze lingering around bare trees, pouring rain, and general outdoor misery — that’s what Thanksgiving typically is in the Northeast, not a fall-foliage wonderland (the leaves are dead and fallen by late November). I was particularly struck by this, and by the lack of prettifying pretense Villeneuve maintains throughout. This ain’t no story about tragedy striking out of the blue and shattering an idyll. It’s a story about tragedy revealing some just barely disguised other tragedies that have been ignored, forgotten, or never seen as tragedies at all.

It’s like this. Two families, good friends all around, have gathered together for the holiday: the Dovers, Keller (Hugh Jackman: The Wolverine, Movie 43) and Grace (Maria Bello: Grown Ups 2, Abduction), and the Birches, Franklin (Terrence Howard: Movie 43, On the Road) and Nancy (Viola Davis: Beautiful Creatures, Extremely Loud and Incredibly Close), and their kids. After the celebratory dinner, their two little girls, both around five or six years old, go play outside… and disappear without a trace. The police, led by Detective Loki (Jake Gyllenhaal: End of Watch, Source Code), home in quickly on a suspect, Alex Jones (Paul Dano: Ruby Sparks, Cowboys & Aliens), who drives the creepy serial-killer RV that was seen in the Dover-Birch neighborhood and who exudes creepy serial-killer guilt. But the girls are nowhere to be found, Jones protests his innocence, and there’s no physical evidence in the RV. Loki has to let him go.

Keller, enraged and grief-stricken, takes matters into his own hands, harassing Jones even as Loki continues to search for the girls and their kidnapper.

And this is where it starts to get really interesting.

Prisoners is, of course, primarily a suspense thriller, the kind in which we’re invited to try to solve the case along with Loki… and also, in this instance, along with Keller’s parallel, er, investigation. But it challenges us to reexamine the appearance of guilt — and this is a fascinatingly trying experience. Shocking actions are committed here, some quick and out of the blue, some building slowly in their horror. We witness many of these actions along with other characters on the screen who are as horrified as we are, and who have as complex — and as sometimes as knee-jerk — reactions as we do. We know some characters are guilty of some things, and we make assumptions about others that we are forced to later reconsider.

The other superb movie Prisoners reminded me of, even though it’s not really very similar at all, is The Silence of the Lambs. Screenwriter Aaron Guzikowski (Contraband) has taken a trope of movies about terrible crimes — the exploration of criminal psychology — and expanded it to look at the aberrant psychology that drives us all… except it’s not truly “aberrant” if it’s prompted by the ordinary awfulness of the world and the things that happen to us in our formative years. Everyone here is a prisoner of their past. The tragedy for some of them is that their past is an inescapable prison. The tragedy for others is that their prison is not inescapable, yet they stay there anyway.

This is a film that it’s probably best to know as little about going in as possible, and I don’t want to spoil. But I have to tell you that for all its other laudable aspects, Prisoners is worth seeing, too, for the brisk spectacle of no-fucks-given by Jackman and Gyllenhaal for whether we actually like their characters at all. Loki exudes something like a serial-killer vibe himself: he blinks too much, for one thing, which doesn’t necessarily sound weird until you see it. And the hints of his dark and complicated past remain nothing but tantalizing hints that leave us wondering precisely how dark and complicated his life has been. As for Jackman: Keller’s rages aren’t like anything we’ve seen the actor do before. If you thought his Wolverine was intense… Well, as with the entirety of Prisoners, we are reminded that reality has a much bigger capacity to terrify than fantasy. 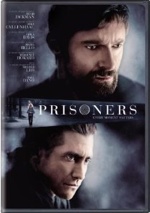 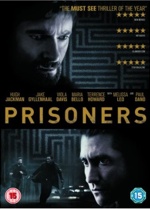 When you purchase or rent almost anything from Amazon US, Amazon Canada, Amazon UK, and Apple TV, Books, and Music (globally), you help support my work at Flick Filosopher. Please use my links when you’re shopping. Thank you!
Prisoners (2013)