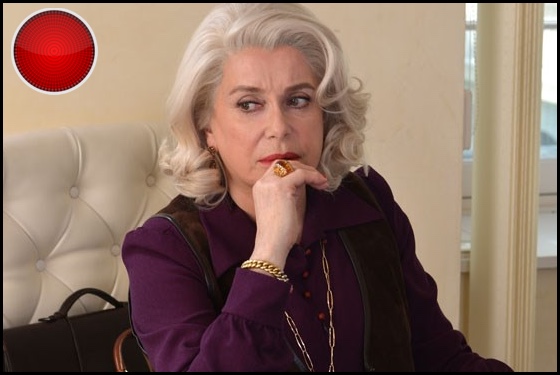 Not even Catherine Deneuve can save this dramatically inert soap opera of corruption and obsession, which does not even resolve its central mystery.
I’m “biast” (pro): nothing

Based on a true-crime mystery from the 1970s South of France, this could have been a companion piece to the marvelous The Connection, if only it had characters we could care about, a sense of suspense, or even a clear idea of the story it wants to tell. A title change from the one it sported during some of its festival rounds — French Riviera — to the blah Lifetime docudrama one it has now may be an attempt to inject some drama into the proceedings, but by the time the film gets around to shifting gears into events where that begins to make the slightest bit of sense, it has long since lost us. Not even the luminous and steely Catherine Deneuve (On My Way), as Nice casino manager Renée Le Roux, fending off a takeover bid from mobster Fratoni (Jean Corso), can save this. It’s all to do with Le Roux’s daughter, Agnès (Adèle Haenel), returning home to France after the breakup of her marriage and instantly falling in with Le Roux’s attorney and business advisor, Maurice Agnelet (Guillaume Canet: A Better Life), a canny, greedy manipulator secretly scheming to help Fratoni get the casino. Maneuvering Agnès and her small stake in the business is so easy for him that it is dramatically inert: she is so shockingly naive that even Maurice is openly astonished by her immaturity even as it serves his needs. This isn’t so much a crime drama as a soap opera of corruption and obsession, and a slow-moving one at that, with any hint of the high stakes in play for these characters all but ignored. Even its central mystery goes unsolved with a shrug. 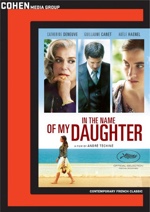 When you purchase or rent almost anything from Amazon US, Amazon Canada, Amazon UK, and Apple TV, Books, and Music (globally), you help support my work at Flick Filosopher. Please use my links when you’re shopping. Thank you!
In the Name of My Daughter (2015)

MPAA: rated R for sexuality, nudity and some language