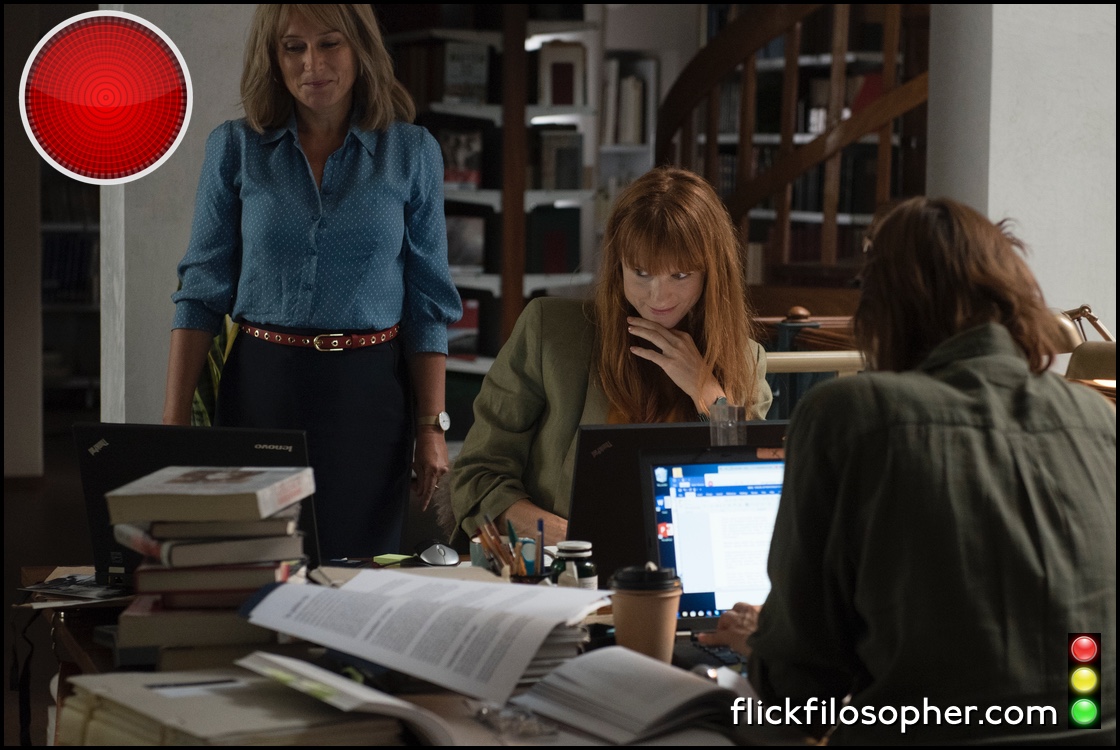 MaryAnn’s quick take: Nonsensical Danish thriller concocts absurd connections between the nature of evil and *checks notes* office politics among shallow clichés of women. Preposterously, this is not meant to be satire.
I’m “biast” (pro): I’m desperate for movies about women; love a smart thriller
I’m “biast” (con): nothing
I have not read the source material
(what is this about? see my critic’s minifesto)

Whoa. I haven’t seen a bitches-be-crazy movie in a while, and this one is a doozy of a disaster. Two close friends, Iben (Danica Curcic: The Absent One) and Malene (Amanda Collin: A Conspiracy of Faith), who work at an NGO in Copenhagen researching and contextualizing genocide, receive menacing, threatening emails from an anonymous sender. Could they be from the Serbian warlord they’ve been publishing articles about… or are they from their new coworker, Anne-Lise (Sidse Babett Knudsen: Inferno), whose major crime seems to be *checks notes* trying awkwardly and a bit too eagerly to find her place in the small workplace dynamic?

As paranoid sniping among the women escalates to stalking, and worse, the “drama” keeps getting more preposterous, concocting absurd connections between “I was only following orders” mass murder and *checks notes again* perfectly ordinary, if annoying and uncomfortable, office politics. Is this meant to be satire? Not at all: this ultimately nonsensical thriller is offered as a no-pun-intended deadly serious contemplation of the nature of human evil and complicity in horrific acts of violence and depravity. Oh, and of the toxic nature of women’s relationships with one another, even their close friendships, which are “naturally” and inevitably driven by jealousy and competition.

Neither novelist Christian Jungersen, whose bestselling book this is based on, nor screenwriter Christian Torpe, nor director Jesper W. Nielsen appear to have any genuine understanding of women. The characters here — also including secretary Camilla (Lene Maria Christensen) — are one-note pieces of cardboard, defined solely by disability, trauma, self-doubt, and malleability. They are shallow clichés, not even close approximations of real people. Any hope The Exception might have had of saying something complicatedly meaningful and universal about human nature is lost in what looks an awful lot — for all definitions of awful — like tedious and predictable misogyny.

Click here for my ranking of this and 2021’s other new films. 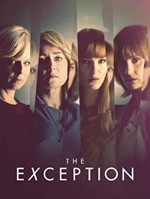