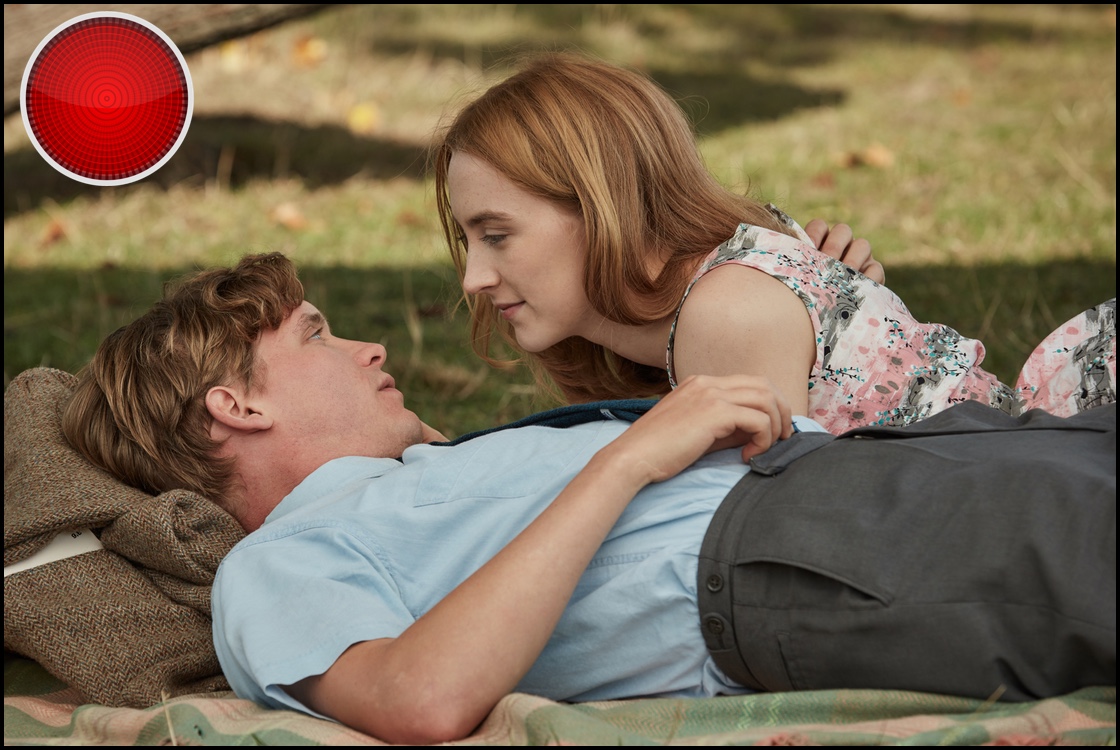 MaryAnn’s quick take…
This stilted, utterly implausible film manages the astonishing feat of being both histrionic and monotonous at the same time, trolling us with absurd clichés, yet doing so with a quiet solemnity.

I’m “biast” (pro): love Saoirse Ronan
I’m “biast” (con): nothing
I have not read the source material
(what is this about? see my critic’s minifesto)
women’s participation in this film

I’m reasonably certain that there actually is genuinely moving and authentically tragic drama to be found in the story of the wedding night of two virgins that goes so catastrophically wrong that it ruins their marriage and haunts them for the rest of their lives. But On Chesil Beach is not it. Oh my goodness, but this stilted, utterly implausible film manages the astonishing feat of being both histrionic and monotonous at the same time, trolling us with the most absurd clichés, yet doing so with the kind of quiet solemnity meant to convey a unique wretchedness to it all. And, indeed, there is a unique wretchedness to the film, though not the intended one.

England, 1962. In a stodgy hotel on Dorset’s Chesil Beach, Florence (Saoirse Ronan: Lady Bird, Brooklyn) and Edward (Billy Howle: Dunkirk) are preparing for their first night together as husband and wife. The sexual revolution may be just over the horizon, but it hasn’t hit yet, and both are hopelessly naive about and inexperienced with sex, even though they’re both university graduates in their early 20s. As they conduct awkward, nervous conversation over a walk on the beach and dinner in their room, we get flashbacks to how they met and courted. This is where we encounter such one-note nonsense as her snobby, rich, conservative parents (Samuel West [Darkest Hour, The Riot Club] and Emily Watson [Kingsman: The Golden Circle, Everest]) sniffing at Edward’s more humble background, and his mother (Anne-Marie Duff: Suffragette, Molly Moon and the Incredible Book of Hypnotism) serving to embody the opposing wacky nonconformity, which was apparently possible in postwar Britain only if you suffered from a traumatic brain injury, as she does. (Duff gives an extraordinary performance. Pity it’s in aid of such an awful insult to both the “brain damaged” and the nonconformist.)

In between the flashbacks — sometimes, irritatingly, flashbacks within flashbacks — comes the spectacularly unsexy fumbling toward and then on the bed. Ronan and Howle do their best, but they have little to work with and no chemistry together. Theater director turned first-time-feature director Dominic Cooke may have struggled with the up-close physical intimacy of film, which is so different from that of the stage. But it’s the script that’s the real problem here. I’m guessing there’s meant to be some sort of in-hindsight, anti-nostalgia wisdom to the uncomfortable groping and blundering: Look how awful things were for men and women alike when sexual ignorance was deemed a good thing. But in the flashbacks, Florence and Edward seem happy and lively with each other, and physically at ease, at least to the degree that the lack of any sparks between the actors can express. Certainly there is nothing that transpires between them, nothing overt or implicit in the script, that suggests that they are not truly in love and truly suited to each other. But now, suddenly, they are not eager and enthusiastic lovers — neither of which requires experience — but entirely different people to what we had seen before. And there’s nothing to explain why they are suddenly different, or what could have caused it. If it’s merely meant to be down to a fear of sex, then no one would ever get laid for the first time, ever. (There’s a hint that Florence may have been sexually abused as a child and has some resultant deep-rooted anxiety, but this is dropped the moment it is introduced. It feels like a cheap shot.)

If fear of sex alone were to cause such consternation as we witness here, no one would ever lose their virginity.

Screenwriter Ian McEwan is adapting his own novel here, so he has retained the stuff he thinks is important and discarded whatever he believed we didn’t need to know. This is a problem: in the aftermath of their disastrous wedding night, Edward accuses Florence of behaving in a way during their courtship that we simply never saw in those flashbacks… flashbacks which, I stress, comprise the vast majority of the film. The interactions he complains about, which he now uses as a weapon against her, are simply not dramatized at all, so we are unable to decide if he’s being reasonable or being unfair. (Perhaps they aren’t in the book, either. I haven’t read it. But it seems that would be a problem there, too.) I’m not sure that, at this late point in the already forced and absurd story, it would have made any difference, but the movie withholds vital information from us that we need in order to decide just how piteous we should see this story as, and who, if anyone, is to blame for what has transpired. And so what is offered as tragic ends up rendered as simply ridiculous.

Read this review and other select content from Flick Filosopheron the News app from Apple.
Click here for my ranking of this and 2018’s other theatrical releases.

on the whole, i find the adaptations of Ian McEwan’s thought experiment books, to be as unfulfilling as the description of the sexual relationship of these two people. recently saw, A Child in Time with benedict cumberbatch and the amazing kelly macdonald and at the end, i felt the same way as i do at the end of mcewan’s books. a big shrug of “so what?” even his most successful “Atonement” made me feel sort of cheated. i don’t *think* mcewan is of an age where he is naturally one of those edwardian/victorian writers where everything is all understated or *un*stated. but they are very, very internal and i don’t think they translate to the screen at all well.

Your review made me buy the book. (I missed the film.) As victim of severe emotional abuse by both parents I felt perfectly understood by the author. Both open story and what I took as undertones (what is hinted regarding her parents) rings both very true. Especially the aspect of subjective fears being literally incomprehensible from the outside. Some call it “complex PTSD”, and it is a very bad and lonely thing to suffer from. Interestingly, the story never goes in a direction where anybody does therapy or anything like that. The conditions are just taken as personality or character, which they are of course not. 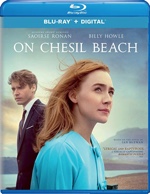 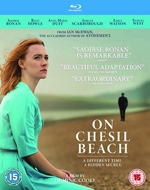 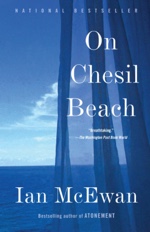 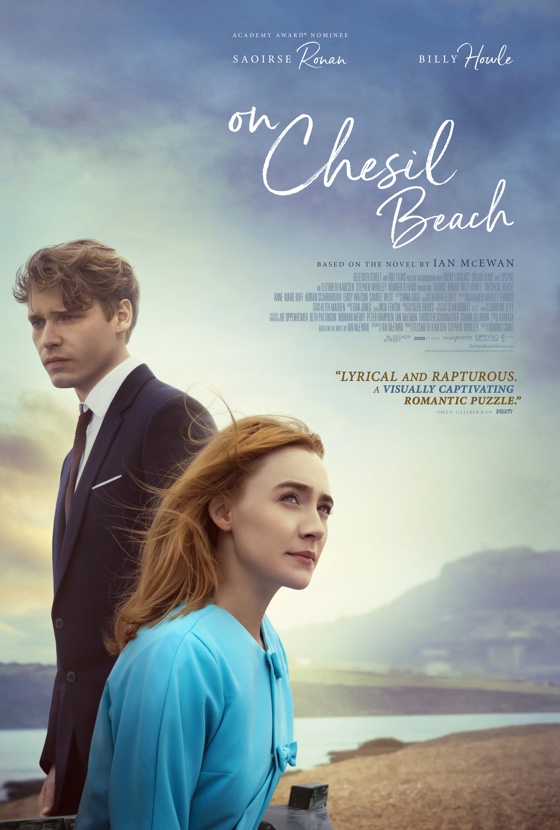