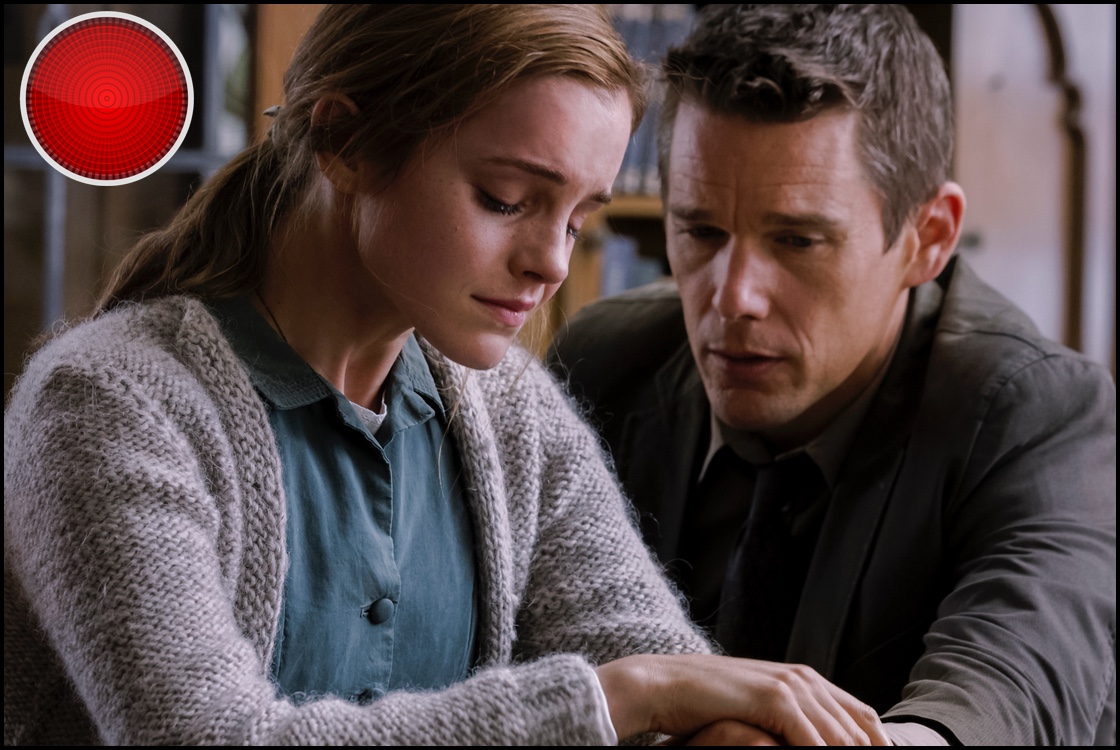 Amenábar aims for a noirish X-Files vibe, but preposterousness rules this inert trudge that does absolutely no justice to a terrible real-life phenomenon.
I’m “biast” (pro): like the cast

Alejandro Amenábar (Agora) would like you to believe that Regression is based on a true story, probably in the hopes that that impression elevates its solemn silliness somewhere into the realm of the plausible. It does not… and anyway, there’s nothing true here beyond the most general of circumstances. Yes, in the 1980s and 1990s, mass hysteria about Satanic cults holding black masses in which babies were murdered, children were sexually abused, and adults were tortured did indeed sweep the U.S. and much of the English-speaking world. But the particular details of this story are wholly invented, and where Amenábar — who wrote the script and directs — takes them does absolutely no justice to the phenomenon, and actually ends up in a place that is repulsive and arguably even dangerous in a way that has implications beyond the Satanic panic. In Minnesota in 1990, a cop, Kenner (Ethan Hawke: Ten Thousand Saints), begins investgating the case of a 17-year-old girl (Emma Watson: Noah) who is accusing her father (David Dencik: Serena) of molesting her; Kenner eventually unravels what looks to be a vast conspiracy in the small town that includes murder and child pornography. Amenábar might be aiming for a noirish X-Files vibe — all is gray, rainy, and grim here — but preposterousness rules: it’s appallingly unlikely, say, that the shrink (David Thewlis: Legend) Kenner brings in to help interview victims and suspects doesn’t realize how much he is leading them toward the answers he wants. Vulnerable, suggestible people in real similar cases did indeed “remember” things that never happened, but if those false memories were implanted in so blatant a way as we see here, Amenábar has missed a much bigger story. We might say that the director himself has regressed, to the genre trappings of his most successful project, 2001’s The Others, but unlike that wonderfully chilling and moving film, this one is an inert, unscary trudge toward forgettable inconsequence.

See also my #WhereAreTheWomen rating of Regression for its representation of girls and women. 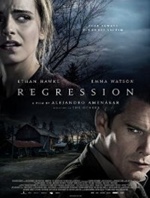 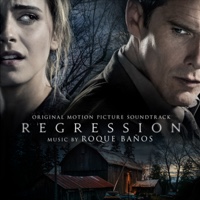 When you purchase or rent almost anything from Amazon US, Amazon Canada, Amazon UK, and Apple TV, Books, and Music (globally), you help support my work at Flick Filosopher. Please use my links when you’re shopping. Thank you!
Regression (2015)